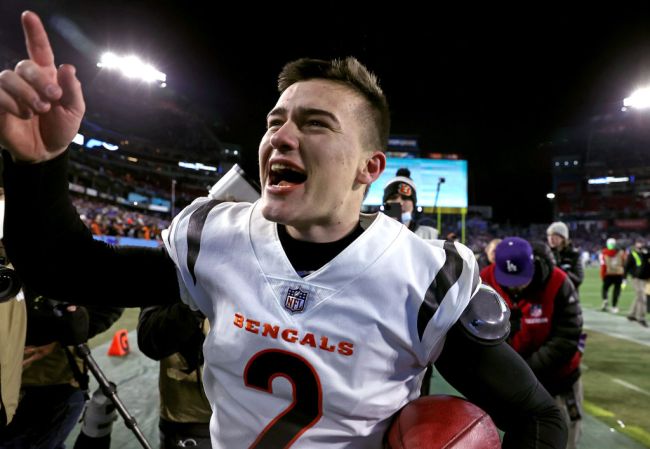 Bengals rookie kicker Evan McPherson knew that he would help his team advance in the playoffs.

During Saturday’s AFC divisional playoff game between the Bengals and the Titans, McPherson hit four field goals, including a 52-yard game-winner.

The rookie Evan McPherson comes in clutch and wins the game for the Bengals! 🚨pic.twitter.com/p8wlJumRBW

According to Joe Burrow, he heard McPherson say, “looks like we’re going to the AFC championship game” moments before he kicked the ball.

Joe Burrow says Evan McPherson came up and said "looks like we're going to the AFC Championship Game" right before he went out to kick the 52-yard game-winner.

Talk about having confidence.