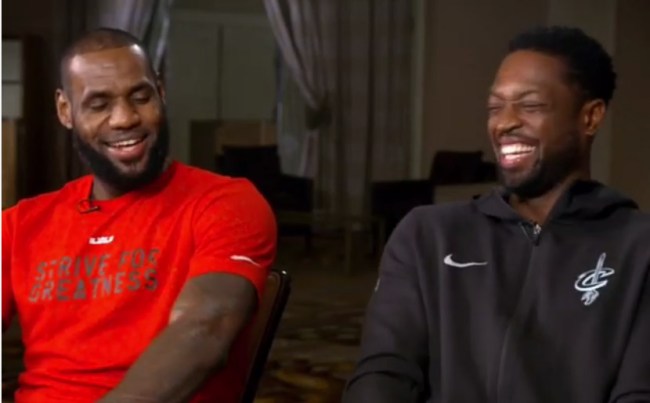 In one of the most dramatic NBA trade deadlines since Mutombo teamed up with Allen Iverson in the 11th hour back in 2001, the Cavaliers have exchanged over a third of their roster. Isaiah Thomas, Dwyane Wade, Derrick Rose, Jae Crowder, Iman Shumpert and Channing Frye have been dealt for Jordan Clarkson, Larry Nance Jr., George Hill and Rodney Hood.

This was a much needed roster massage for the Cavs, as the Isaiah Thomas experiment has gone about as smoothly as Helen Keller’s favorite book. The Cavs are currently one of the worst defensive teams in the league, and with Thomas on the floor, they’re laughably bad at defending the basket. Before being shipped off, Thomas held the worst defensive rating by any player who’s played at least 25 minutes per game in the last 25 years. And all the while, Thomas was deflecting the blame by running his mouth in the media about coaches failing to make adjustments, players not meshing, yada yada. A wild swing from the lunch-pale attitude he consistently demonstrated in his time with Boston.

Cleveland is currently sitting in third place in the East, 7.5 games back from Kyrie Irving and the Celtics. They’ve acquired some young pieces that will likely bolster their defense and provide scoring and versatility on offense.

But until then, lets all bask in the best memes surrounding Cleveland’s action-packed trade deadline.

JR: "What, well imma go talk to Dwyane Wade over there."

D Wade: man we gotta get rid of these bums and get some fresh blood in here

Wade: "Who you think we getting rid of next? It's just gone be me and you huh bro 😂😂

Jordan Clarkson and Isaiah Thomas passing by each other at LAX. pic.twitter.com/EaVsc0mAtt

“We made LeBron trade his whole team and the Cavs still getting swept in the Finals… the Eastern Conference Finals.” pic.twitter.com/AnUgY2Jzro

LeBron when he see's Tristan Thompson in the Cavs locker room still pic.twitter.com/qyK1AMQEqm

The way you look at a chick when you know you ghosting her tomorrow pic.twitter.com/iW15tjKgUd

These memes are rich, but still don’t hold a candle to this IT one:

The NBA is the new WWE and I am all here for it.