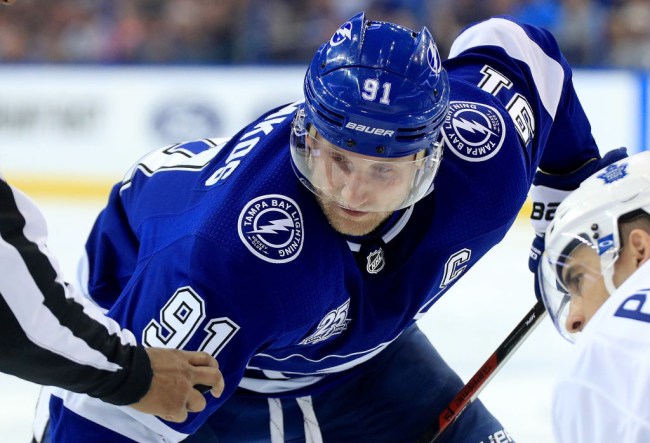 The 2018 Stanley Cup Playoffs kicked off last night with three games. Las Vegas won the franchise’s first-ever Stanley Cup Playoffs game last night 1-0 on a goal that came early in the First Period. The Winnipeg Jets managed to edge out the Wild 3-2 on their ‘White Out’ night after two lackluster periods produced a flurry of scoring in the third. The Penguins reminded everyone in the league that they’re the reigning Stanley Cup Champions with a soul-crushing 7-0 win against Philly. But the real action starts tonight.

Both of the #1 seeds are on the ice tonight in a slate that includes 5 games. I’ll be at the Amalie Arena to watch my Tampa Bay Lightning take on the New Jersey Devils (and in Newark for game 4 next week, find me on Twitter at @casspa). Until then, I’ll be watching this clip from the NHL which features the best mic’d up moments from the 2017/2018 regular season:

It’s been said countless times before by a ton of people, but I’ll repeat it here: I’d happily pay the NHL for a subscription service that featured no commentators and only the sound of mic’d up players. Sure, there’d be some comments slipping through the cracks that the NHL wouldn’t want anyone to hear but I think they could work out real-time bleeping if that was a major concern.