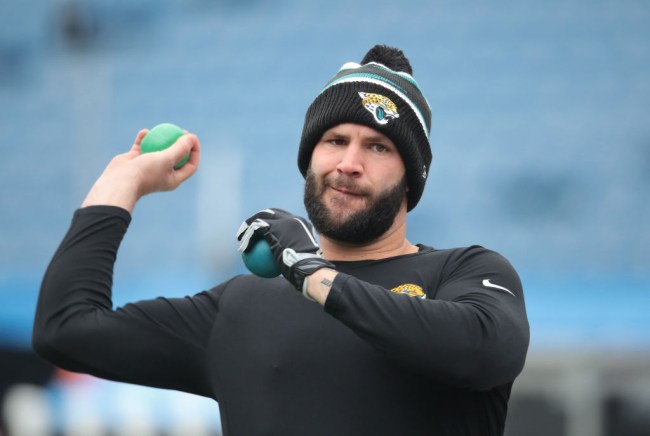 It looks like the Blake Bortles era in Jacksonville has ended. Just one year removed from nearly dethroning the New England Patriots in the AFC Championship, the Jaguars are now nothing more than a punchline. At 3-8, the Jags find themselves in the basement of the AFC South, thanks in small part to the deterioration of a once formidable defense, and in large part to the ineptitude of Blake Bortles.

Since being drafted 3rd overall in 2014, the lovable quarterback leads the league in interceptions, total turnovers and pick sixes thrown. His defense has covered for his poor play, but this year, the real Blake Bortles has stood up. And now he will sit down, as on Monday, coach Doug Marrone announced that he’ll be benching the 26-year-old in favor of Cody Kessler, who they’ve acquired from the Browns and has a career statline of 1,500 passing yards to go along with 6 touchdowns and 3 interceptions.

Jacksonville is turning over a new leaf, and people on Twitter have mixed reactions to the end of an era. Here are some of the best:

We ask that you please do not @ us during this very difficult time. https://t.co/HBYnXmS4rN

I just hope before I die I get to watch Hue Jackson coach Blake Bortles in Buffalo.

Ramsey & the Jags defense when they see Blake Bortles in the locker room pic.twitter.com/Jocj50BNk5

If I had a nickle for every time I've seen Blake Bortles get a WR blown up on a crossing route, I'd be Sam Bradford.

Don’t weep for Blake. He is playing out a three-year, $54 million contract. Poor guy.