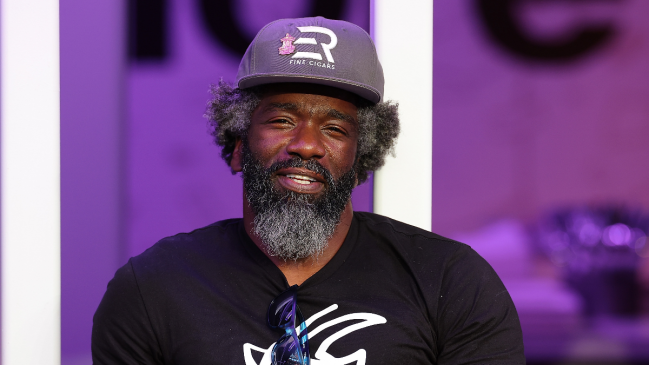 Bethune-Cookman University shocked the college football world last month when it announced it was hiring Pro Football Hall of Famer Ed Reed as its next head football coach.

Reed, of course, played his college ball just down the road from the Daytona Beach-based HBCU  at the University of Miami.

He starred for the Canes before making nine Pro Bowls in the NFL with the Baltimore Ravens.

The legendary program, which had fallen on hard times in recent years, was hoping Reed could be their version of what Deion Sanders was to Jackson State.

The hope was that Reed could help get the program going in the right direction again. But things got off to a bumpy start when Reed slammed the university for trash strewn across the campus.

It appears that move didn’t sit well with the powers that be at the university, who have now reversed course on his hiring.

Bruce Feldman of The Athletic reported Saturday morning that Bethune-Cookman has opted not to ratify Reed’s contract to be the program’s next head coach.

BREAKING: NFL HOFed Ed Reed announces that Bethune Cookman informed him that it won't be ratifying his contract to be the head coach there. "I was committed to coaching and cultivating with the university, players, and fans. It's extremely disappointing this won't be happening."

Feldman said that Reed himself was the one to inform him the decision.

“I was committed to coaching and cultivating with the university, players, and fans. It’s extremely disappointing this won’t be happening,” Reed told him.

Given the blow back to Reed’s “trash” video, it’s not overly surprised to see them reverse course. But fans weren’t exactly happy about the decision.

That’s so messed up shit from BC. Hired him to clean up they facility and office then dumped him. Used him for free labour. https://t.co/qc5uNr9Mte

He comes in a speaks his mind and the truth and then gets ousted before he even starts. Change doesn’t come easy https://t.co/rIReSd1273

Obviously they couldn't meet the standards he wanted things to be at https://t.co/q2HPhBVuZQ

Though others felt the school made the right move.

I mean…they probably weren’t gonna be cool with him talking bad about them. https://t.co/a0d8uH1gIC

Unfortunate, but that live stream was rough. Discretion has its place… https://t.co/1vzRqV1Svm

Once I saw him going off about the school and not adding that they had 2 hurricanes since the summer pass right on top of the school which would explain the state of the campus. And you weren’t even a employee. https://t.co/b7Dkk4Hpdy

Ultimately, it’s a tough situation for all involved. Reed misses out on a chance at his first head coaching job and the Wildcats are now stuck searching again.