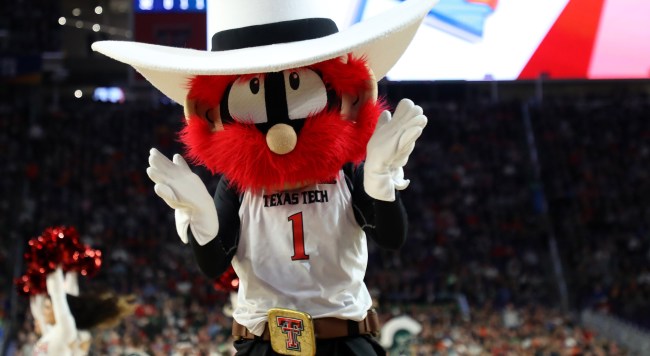 In a very big roll of the dice, a better placed a wager on the Texas Tech Red Raiders to win the national championship. He did this back in November. And he put down $1,500. Talk about big balls.

Then again, at the time, Texas Tech was paying out at +20,000 should they come home with the NCAA tournament title. Still… big balls.

Fast forward four months and lookee here, the Red Raiders are in the national championship game, and this bettor stands to rake in a cool $300,000 if Texas Tech can get by just one more opponent in the Virginia Cavaliers.

I can’t imagine how much money you would have to have to place a $1,500 bet on Texas Tech to win it all in November, but this guy is in an insane place right now. pic.twitter.com/RpfOOWHuOB

As a result, this bettor has reportedly been fielding offers for his betting ticket, and from some pretty famous people too.

According to Darren Rovell, so far the highest offer this bettor has received is $125,000, but it was turned down.

So was an offer of $50K from none other than Texas-born-and-raised wide receiver Dez Bryant.

According to ESPN, this bettor, who wishes to remain anonymous, bet on two teams to win the NCAA basketball national championship back in November at The SuperBook at the Westgate Las Vegas.

He took Wisconsin at 100-1 and Texas Tech at 200-1, and SuperBook director John Murray told ESPN that the bettor actually wanted to put down more than $1,500 on the Red Raiders to win it all.

“He’s a well-known player who takes a lot of futures positions with us,” Murray told ESPN. “He asked for more, to which we said, ‘No.’ I think to win $300K is pretty good.”

This bettor also says that he made several other futures bets since then, including several on Virginia taking home the title, so he’s making money either way on Monday night.

“I liked the long odds on Texas Tech at 200-1,” the bettor said. “I had bets on them last year at 250-1, and even though they fell short in the Elite Eight, they returned a lot of the same guys and the same coach.”

Oh yeah, he also likes to give away some of his numerous futures bets to friends as presents, including a 6-1 ticket on Villanova last year.

Texas Tech is currently a 1.5 point underdog with most sportsbooks.