Whoever Bet $165,000 On The Panthers To Cover The Spread Last Night Is Having A Worse Morning Than You 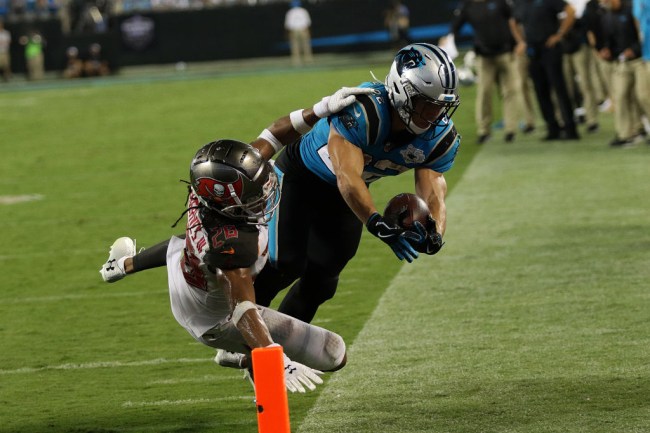 Last year, the Supreme Court made life easier (and, depending on their betting acumen, harder) for degenerates across America when it ruled sports gambling should be legal, and since then, a number of states have taken advantage—including New Jersey, which is poised to surpass Las Vegas as the betting capital of the United States.

I made a couple of trips across the Hudson to take advantage after Jersey legalized gambling on sports before realizing I’m no James Holzhauer (the professional bettor who broke Jeopardy! this year).

However, while I may have lost some money, it pales in comparison to the amount someone lost by betting on last night’s Thursday Night Football matchup.

Most people expected the Panthers to come away with a win over the Buccanneers in Carolina (they were favored by almost a touchdown).

However, they found themselves trailing at the half and were unable to overcome Tampa Bay thanks in no small part to a baffling call the team made when the powers that be decided to run this play instead of having Cam Newton try to sneak the ball on fourth-and-one in the closing minutes.

The @Buccaneers defense holds on 4th down! 💪

While the Panthers may have had the chance to win in that position, there was one person who had already taken a major L after dropping $165,000 on the Panthers to cover the spread, which was not in the realm of possibility by the time they ran the play above.

I don’t know who that bettor is but I’d like to thank them for making me feel better about losing $50 the last time I visited New Jersey.

According to Darren Rovell, that person wasn’t the only one who had a rough night.

At least they can take some solace in knowing they weren’t alone.