In Maybe The Worst Wager Of All-Time, One Hopeful Bettor Put $1K On The 6-23 Reds To Win The NL Central 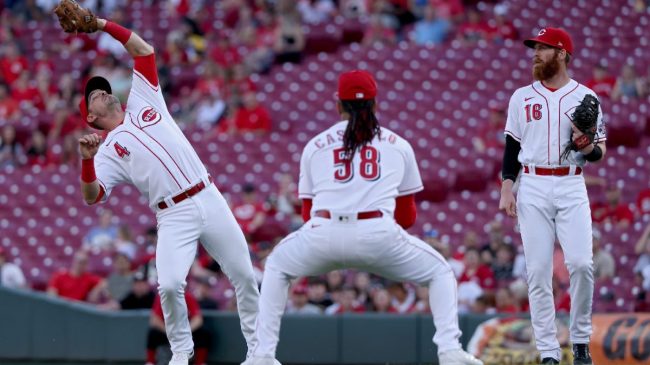 The Cincinnati Reds have been bad this year. There’s really no way around it.

Cincy is off to a league-worst 6-23 start through their first 29 contests. They’re on pace to win just 34 games, which would be the worst single-season team performance since 1916 when the Philadelphia Athletics went 36-117.

The Reds currently find themselves 12.5 games out of first place in the NL Central. They’ve been abysmal at the plate, hitting just .211 as a team. That’s the third-worst mark in the majors.

They’ve not been much better on the mound either, with a league-worst 6.72 ERA. That mark is a run and a half more than the next closest club.

When you hear those types of numbers, it’s no wonder the team is struggling. At one point in the season, they’d failed to gain a lead in 11 straight games. That’s 99 consecutive innings of losing baseball.

Fortunately, things have begun to look a bit better. Cincinnati has won three of their last four matchups, with the latest victory coming versus the division leading Brewers.

That recent success has one bettor hopeful of a turnaround.

A bettor really threw down a $1,000 wager on the Reds to win the NL Central this season. The insane slip would cash in a $750K profit should it hit.

That, of course, is highly unlikely and the odds certainly reflect it at 750/1.

This bettor is hoping that the Reds’ recent string of success will continue in Cincinnati. More likely than not, though, they’ve just thrown away an easy grand to the bookie.