Sports Bettor Turns $25 Into Six-Figures In What Is Being Called The ‘Greatest Parlay Wager To Ever Hit A U.S. Sportsbook’ 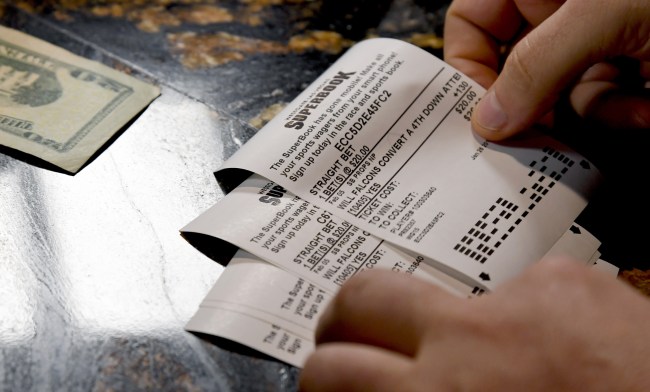 A sports bettor had one of the most fortunate bets in betting history on March 8, and most certainly the wildest sports wager to ever hit the Riverwalk Casino in Vicksburg, Mississippi.

The bettor, who chose to remain anonymous, threw down $25 on a 20-leg parlay. Per ESPN’s David Purdum, the wagers featured point spreads, money lines and over/unders on a mosh posh of NBA and college basketball games. The bettor picked 14 favorites, three underdogs and three overs.

Before the day was over, the Riverwalk Casino was obligated to pay the dude $104,412.44, resulting in the sportsbook’s largest payout since it opened in August.

What’s wild is that the bettor was almost shit out of luck after the very first bet. Thankfully, the Charlotte Hornets beat the Washington Wizards 112-111 after Bradley Beal fell short on a last-second layup. The Mavs pulled off a mini miracle for the bettor by outscoring the Magic 33-19 in the fourth quarter to cover a 6.5-point spread. The final win that resulted in the huge payout was the Clippers beating the Thunder, 118-110.

Bill Sattler, director of specialty games for Caesars Entertainment, says he’s never seen a 20-legger hit in his 30 years in the business.

Riverwalk Casino is one of five legal sportsbooks to open in Mississippi. In January, the five casinos combined to net $457,000. Riverwalk had to pay out $104,412 of that on a single bet.

“We look forward to the rest of the action,” BetAmerica vice president Alan Stremel told ESPN, likely sipping whiskey while staring blankly at the wall.