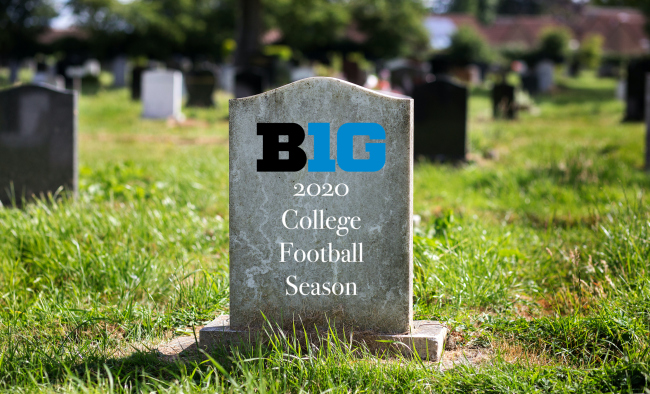 Just a week after the Big 10 officially announced that they would be canceling their 2020 college football season, there are rumors that — following pressure from players, parents, and schools — that the league is set to reverse course and move forward with the fall season.

“As time progressed and after hours of discussion with our Big Ten Task Force for Emerging Infectious Diseases and the Big Ten Sports Medicine Committee, it became abundantly clear that there was too much uncertainty regarding potential medical risks to allow our student-athletes to compete this fall,” Big Ten Commissioner Kevin Warren said in a statement last week.

The latest report — which should be taken with a grain of salt — comes from Bill Rabinowitz an Ohio State football writer for The Columbus Dispatch, who says that an “attorney he respects” believes the #WeWantToPlay social media campaign and the waiving of a waiver liability could lead the Big 10 to change their minds and moving forward with the fall season, which was previously supposed to be delayed until next Spring.

An attorney I respect who long worked inside college football programs predicts that the pressure from parents, players and some schools will result in Big Ten reconsidering its cancellation of fall sports. COVID-19 might force re-cancellation but expects a second chance. 1/

The lawyer – not Tom Mars – said if waiver liability is, well, waived, that would be a big development. The new saliva-based COVID-19 test also could be a big step toward a second look. 2/2

Given the seemingly resounding opposition to the Big 10’s decision — in addition to the fact that other league currently remain committed to playing this fall — it wouldn’t shock me if the Big 10 changes course and opts to attempt to play this fall. When it comes to the NCAA, the almighty dollar rules all, so you know that the Big 10 will be doing everything in their power to make sure those dollars find their pockets. With the SEC, ACC, and Big 12 all certainly in no rush to call it quits this fall, the Big 10, at the very least, will likely explore the possibility of playing their season on schedule this fall.