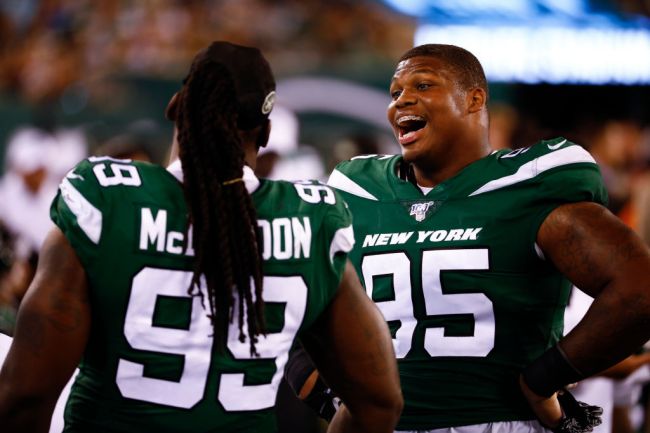 The New York Jets pulled off the unthinkable on Sunday in beating the Los Angeles Rams. While they may have lost their shot at drafting Trevor Lawrence, at least they won’t become the sixth team in NFL history to go winless in an entire season.

With the win, New York became just the fifth team since 1978 to win straight up as 17-point underdogs.

While it may have seemed like nobody on the planet saw the Jets beating the Rams on Sunday, one New Jersey bettor saw the win coming months ago.

According to ESPN, FanDuel offered odds prior to Week 1 on when teams would earn their first win of the year. Way back in September, a bettor placed $100 that the Jets’ first win would come against Los Angeles in Week 15 with 120-1 odds. That’s a cool $12,100 payday for the bettor that may or may not have an actual time machine.

This is a prime example that fluke bets do sometimes hit. This had to be a completely random bet from this bettor, circling a Week 15 game as a team’s first win, even if that team is the Jets, is simply outrageous.

Just to put into perspective of how unconfident other bettors were on the Jets winning this game, William Hill sportsbook reported that the largest money-line bets on New York were $250 and $200 at 11-1 odds. The Jets win even killed close to 80% of all parlays according to BetMGM sportsbooks.

Nobody was on the Jets, at least not money line, except this one extremely lucky bettor that had been on the Jets for months.