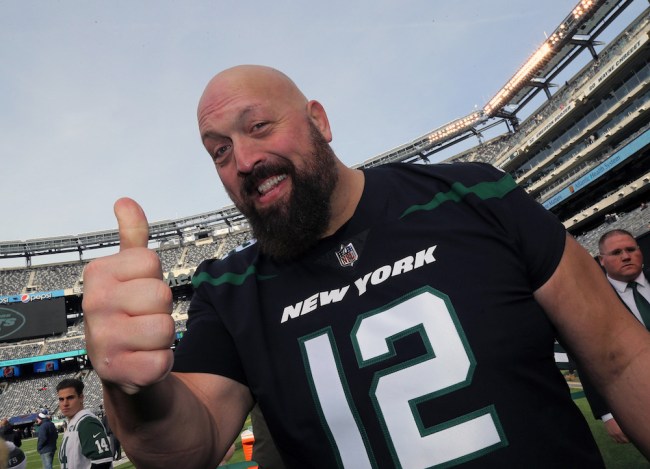 A few months ago, I posted a story about WWE Superstar “The Big Show”, Paul Wight, and how a conversation with John Cena lit a fire under his ass about getting into better shape.

Cena joked that no one would want to see a “giant with abs.”

That one comment from Cena prompted the star of The Big Show Show on Netflix to hit the gym and get into the best shape of his life.

From the looks of this recent clip on Twitter, Wight is still taking his fitness journey seriously, even though the road hasn’t always been easy.

In an interview with WWE.com, Wight explained that he had to undo 40 years worth of learned dietary and physical behaviors to get into better shape.

Wight enlisted the help of celebrity trainer Dodd Romero and completely overhauled his diet. He dropped over 70 pounds and looks yoked.

Feeling great! I’m happy to be back in the gym. TheBigShowShow on Netflix! Fit Giant😎 pic.twitter.com/cex9bgoheG

Wight is preparing for the second season of The Big Show Show, but could one more WWE run be in his future?