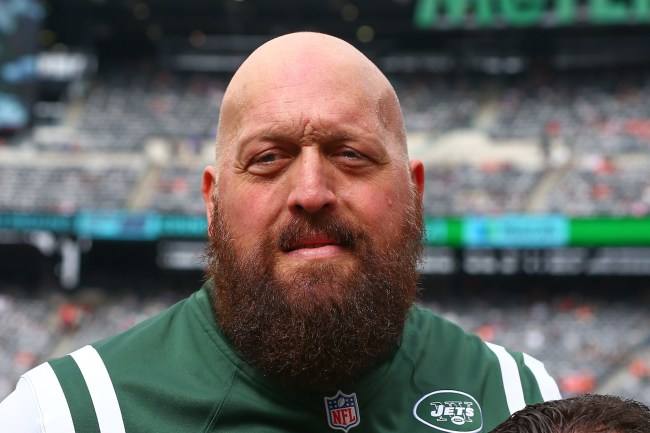 Standing at 7’0, Paul Wight has always been larger than life, both in character and in sheer size.

“The Big Show,” as he’s known in the WWE, debuted in WCW in 1995 by winning the world heavyweight title in a match with wrestling icon, Hulk Hogan.

Unfortunately, the years of abuse on his massive frame have meant injuries, and Big Show has been out of action since November 2018.

In his time away from the ring, the 47-year-old future WWE Hall of Famer hit the gym like a lunatic and got jacked in the process.

He enlisted the help of celebrity trainer Dodd Romero, completely overhauled his diet, and kept the words of another WWE superstar in his head the entire time.

“John and I were joking back and forth, and we were talking about something, and I was making a joke about, ‘Oh yeah, I’m going to go out and get me some abs, and be a bodybuilder,'” Wight says in the film. “I said, ‘Who would want to see a giant with abs?’ John just looked at me deadpan and goes, ‘Yeah. A giant with abs —who would want to see that?’ And he walked off.”

Wight recalls that the conversation felt almost like a challenge.

“This is coming from a guy who I have the utmost respect for,” he says, “for his work ethic, his commitment to our industry, his commitment to setting the bar, as far as he’s on time, everything’s 100%, the way he works his body, the way he takes care of himself, the way he lives by example and the way he gives back… So, this is someone that I respect, and the way John hit me with that comment, for once in forty-something years, lit a fire under my big fat ass, a huge fire, and I went and found Dodd Romero.”

While there’s no timetable for Wight’s return, he stays committed to his exercise and diet routine, and posts updates on his Instagram account.