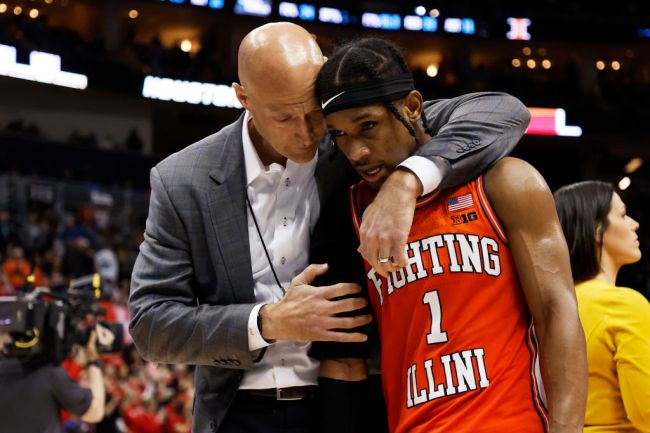 It has become a March Madness tradition like no other. Year after year college basketball fans are told by the NCAA selection committee how great the Big Ten is. They are regularly one of the conferences with the most teams in the tournament because their resumes are bolstered by beating each other during conference play.

That brings us to this year. This year, they have 3 more bids than any other conference, but their best case scenario right now is to get 2 teams into the Sweet 16.

The Big Ten might not have even hit rock bottom yet. If Purdue loses, to Texas tonight, the conference will make history.

The Big Ten is 0-4 today with Purdue in progress. No conference has lost 5 games on one day in NCAA Tournament history. pic.twitter.com/RHJhRNEyVx

It is yet another truly disappointing showing from the conference at the time of year where it really matters and fans are crushing them for it.

The lowest seeded Big 12 team in the tournament just beat the “best” team in the Big Ten, I don’t want to hear any talk about conference superiority ever again

That’s another underwhelming March for the league. Something is clearly up.

The Big Ten has two Sweet 16 teams out of 18 bids over the last two years, with Purdue still to play.

And at the moment, those two Sweet 16 berths are from Michigan.

Let’s check in on the Big Ten pic.twitter.com/7IsXjp1Yn2

Big ten is down to 2 teams left in the tourney. But keep claiming they are the best conference in college basketball. The ACC in a down year exceeded them.

The Big Ten's slogan is a little wordy but you can't say it doesn't fit https://t.co/cXVXSkb3Cz