Bijan Robinson Has The Best NIL Deal We’ve Ever Seen 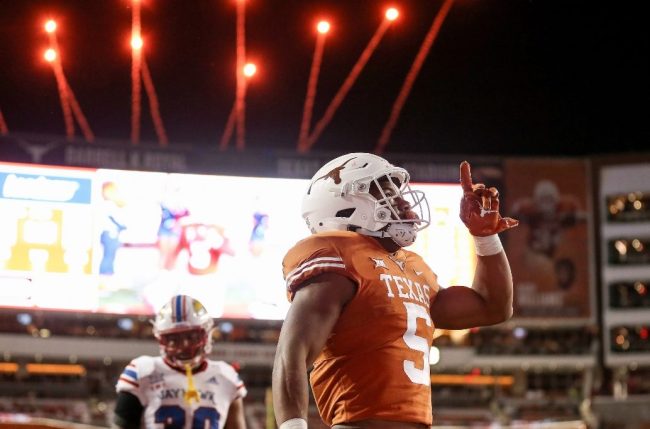 There has been a ton of major changes to the college football landscape all thanks to the conference realignments and NIL deals. Multiple athletes are raking in the dough, especially the Texas Longhorns star Bijan Robinson. With multiple deals already lined up, it looks like we’ve found the best deal ever for Robinson.

Bijan Robinson Has His Own Line Of Dijon Mustard

How did nobody think of this before? Apparently, there is a Dijon mustard you can buy (probably in Texas but we’re hoping everywhere else too) called Bijan Mustardson. This is the best NIL deal we’ve ever seen. We don’t even care that this kid has a deal with Lamborghini. Bijan and Dijon rhyme and that is absolute gold.

What about Bijan Mustardson? pic.twitter.com/nVS6T25meu

The tweet above stems from On3 NIL. Somehow, they didn’t even think to include Bijan Mustardson into the mix. Luckily we have a local Texan out there doing the dirty work.

Who knows what this will lead to? Maybe we’ll see Longhorns fans chugging mustard in the stands every time Bijan Robinson scores a touchdown. Perhaps the student section will spray each other with mustard after a big win. We can only hope, as Texas could use some excitement for what should be a big year.

Look for Bijan Robinson to light the college football world on fire. He’s deemed as one of the best running backs this year in a completely loaded class. For that reason, the Longhorns should be competitive. Be ready for Texas football, because they’re bringing the heat and the mustard!