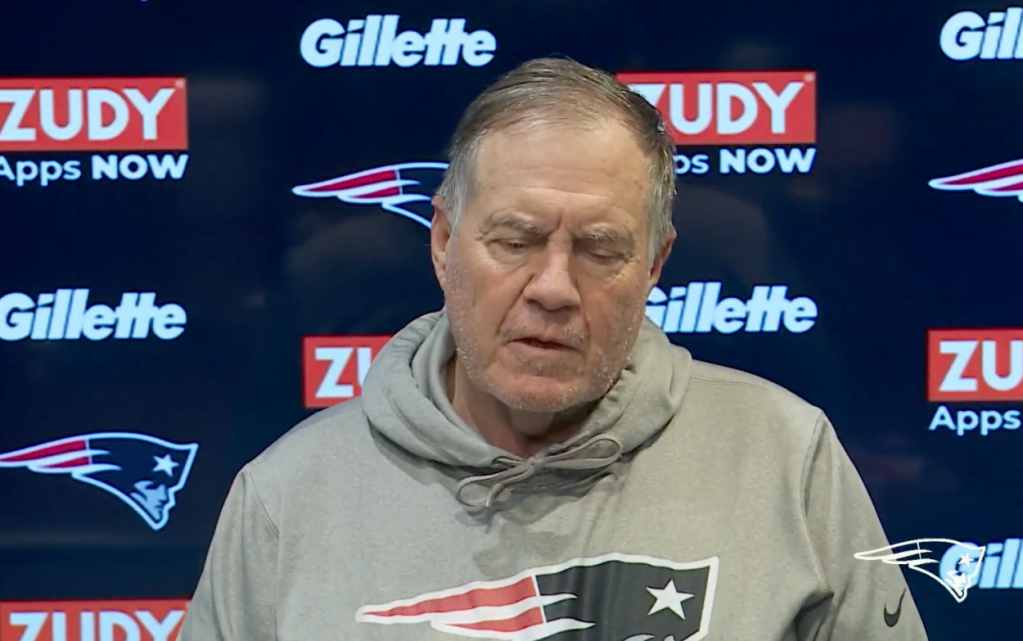 When it comes to press conferences, Bill Belichick is the opposite of a chatterbox. He is the most reserved NFL head coach I’ve witnessed in my lifetime. I wouldn’t put him on the same level as Marshawn Lynch with “I’m just here so I won’t get fined” but I literally never expect Bill Belichick to be talkative or personable in a press conference which is what makes Monday’s moment so strange.

The Patriots lost to the Colts on Saturday night 17-27. It was the Colts’ first win over the Patriots in the last 9 games. Wide receiver T.Y. Hilton explained before the game how playing against Belichick is virtually impossible because he neutralizes whatever a team is good at.

The Colts’ win was a shocker and after the game, Bill Belichick was his usual self on the podium with the media. Then on Monday, Bill Belichick shocked me and the NFL world by beginning his press conference with an apology for being short with the media. Hell hath frozen over. Bill Belichick apologizing is unheard of. Being talkative and nice to the media? That’s completely unexpected. Here’s his apology with reactions below.

Here’s The Bill Belichick Apology To Media For Being Short

“I apologize if it seemed like I was a little short with you after the game. Not really trying to be short, but honestly, there wasn’t too much to say. I don’t know that there’s a whole lot more to say now. But it’s not your fault. It was a frustrating game.”

That was unexpected. And the NFL world was surprised to see the greatest coach in NFL history, a man of very few words, come out and apologize to the media on a Monday morning.

and you guys thought he was the Grinch…his heart grew 3 sizes that day pic.twitter.com/oJDzQb6Zjb

Belichick coming with the Good Will Hunting feelings today pic.twitter.com/xf6VkodBpS

So the apocalypse really is upon us, huh? 😉🤣

The girlfriend must have gotten to him.

Wait, he was more curt than usual? pic.twitter.com/9XfafF06el

Hate seeing this. You are Belichick. No apology.

Im pretty sure this is the third sign of the end of days. Prepare.

Who has taken Bill? what have they done with him? Was there any blinking in Morse code for help?

Suffice it to say that just about nobody in the NFL world expected to start the week with a Bill Belichick apology but here we are. It’s a Christmas miracle.