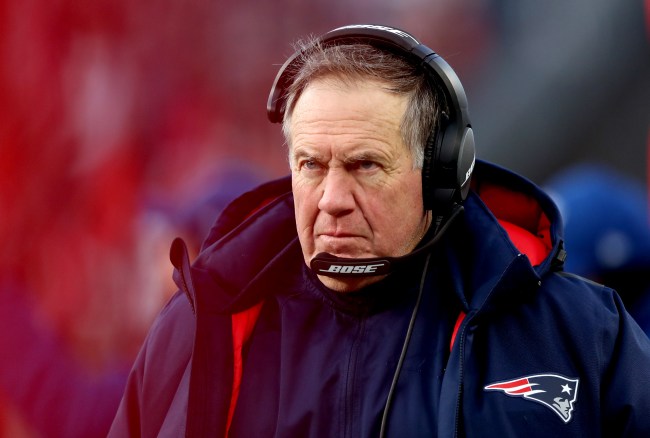 The state of Tennessee has every right to hate Bill Belichick with the passion of 1,000 suns. The Patriots head coach posts a 7-2 record against the Titans since taking over in 2000. But, what many don’t know is that Belichick has a soft spot for Tennessee, more specifically Nashville, the city he was born and where he shares a home with his girlfriend, Linda Holliday. Despite Belichick going on the record saying he “loves the people and the atmosphere down there,” Tennesseans don’t seem to reciprocate the love.

During the first half of last night’s Grizzlies/Bucks game at the FedEx Forum, Peyton Manning, who played college ball at Tennessee, was shown on the big screen. The legendary quarterback earned himself a loud ovation.

Peyton Manning in the house 👀 pic.twitter.com/tXH5gmQkln

Funniest moment of first half… they showed Peyton Manning on the jumbotron – and then right after happened to show this guy that looked exactly like Belichick 😂😂 pic.twitter.com/8neTANbwfD

Grizzlies fans are vicious, they're booing a guy who is dressed & looks like Bill Belichick 😂😂😂😂😂😂

It’s unclear whether the cameraman was tricked into believing this was Belichick or this was a stunt by the Grizzlies PR department. But the only reason I knew it couldn’t have been him is because Belichick has a championship game to play in 72 hours and has been in his Sith Lord cave mixing up a winning potion since beating the Chargers.