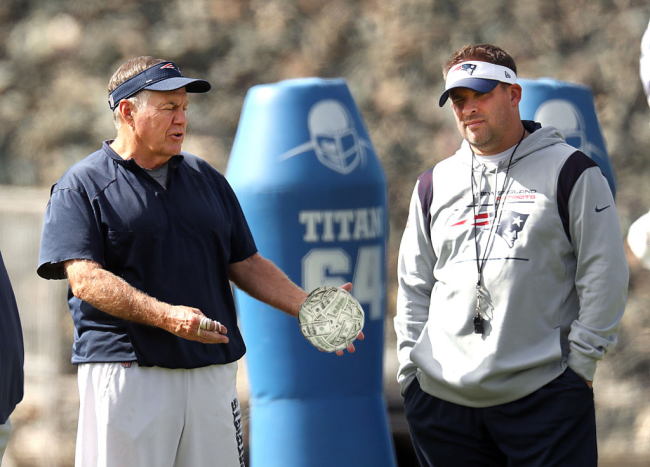 Working for Bill Belichick can be both a blessing and a curse. While winning has come fairly frequently throughout the years, the 69-year-old demands nothing short of perfection from his staff and often requires long, rigorous hours.

However, according to Seth Wickersham’s new book on the New England Patriots, “It’s Better To Be Feared,” Belichick makes sure to take care of them. He often gives the hardest-working coaches cash bonuses.

Or, as they’re known within the organization, “Green Balls.”

The literal balls of cash can be worth hundreds, even thousands of dollars. And after the season ends, Belichick — who makes $12 million per year — has been known to write personal checks to staffers who had over-performed. Some of the checks could reach six-figure numbers.

As Wickersham writes, once you were in with Belichick, you were mostly in. In a profession with high turnover rates, the Patriots became the face of stability within the league.

However, to get to that point can be difficult.

According to Wickersham, after New England’s first Super Bowl in 2001, two assistant coaches asked each other, “At what price?”

Belichick often makes his staff work long hours and oftentimes would be in his office by 4:30 a.m. and not leave until after midnight. He was also known for underpaying coaches.

There were two nicknames for low-level Patriots staff: “PHDs” stood for “poor, hungry and driven,” while “20/20s” represented young coaches who worked 20 hours a day for $20,000 a year.

But the results kept coming and Belichick’s bunch won six Super Bowls in nine appearances. And when the results were there, Belichick made sure to take care of the people close to him with his green balls.

This is such a king move. Belichick is walking around the building, for which he runs, handing out wads of cash with undisclosed amounts.

Hey, if it works it works— and clearly it works.