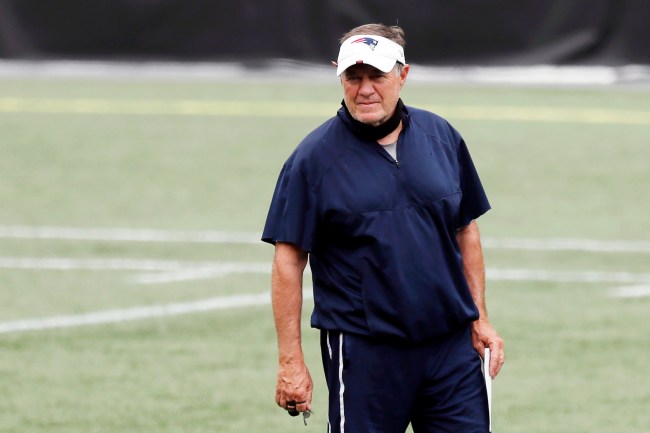 Of all the American businesses Bill Belichick could shill for, he chose the one whose chicken smells of pungent farts and who championed a pedo for a decade simply because he got slightly less fat.

Subway is trash, and I’m astounded they secured the greatest coach of all-time to peddle their 11-inch subs.

“I haven’t ever done anything like that,” Belichick said earlier this summer. “It was a fun commercial to do. And everybody loves sandwiches, so hopefully, they will be OK with it. I know I’m going to get killed in the rookie shows on this. I know that’s going to happen, but I’ll just have to swallow it.”

Let’s remember that when Patriots center David Andrews was asked to describe Belichick with one word, he repied “funny.”

“You just don’t realize he’s got such a dry sense of humor,” the six-year veteran said. “And he’s so dry and so serious all the time. He just says some funny stuff. Watch some of his press conferences, and sometimes he just says it like he’s mad but he’s being funny. And you have to know how to pick it up. In my rookie year in a meeting he might say something and I’m like ‘Can I laugh at this? Is this okay?’ It’s funny.”

Further proof of this is Belichick recounting a story about his days coaching Lawrence Taylor. Hilarious. The 2:28 mark in the video below.