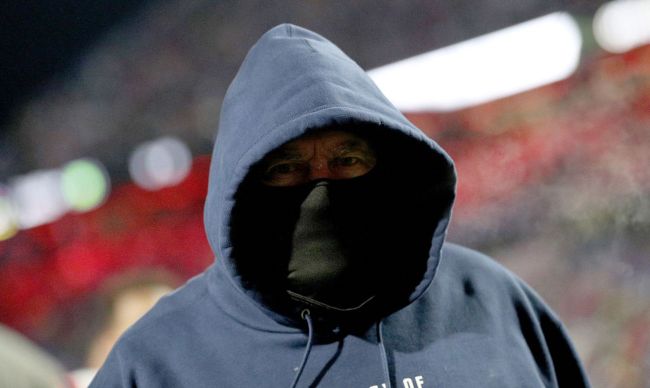 Earlier this week, in a hilariously transparent effort to take attention away from Deshaun Watson’s six-game suspension, the NFL announced that it would be penalizing the Miami Dolphins franchise for tampering with Tom Brady.

As a result of the tampering, the Dolphins are being forced to give up a first and a third-round draft pick, while owner Stephen Ross was also fined $1.5 million and will be suspended until October 17, 2022.

During training camp this week, one journalist bravely decided to ask New England Patriots head coach Bill Belichick about to situation. Belichick, naturally, replied the only way he knows how: simply.

“I’m focused on training camp. That’s all in the past,” Belichick said to reporters.

Belichick and the Patriots will actually open their 2022-23 season against Miami when the take on the Dolphins in Florida on September 11 at 1 p.m.

RELATED: Fans React To The NFL Refusing To Suspend Tom Brady After He Was Busted Illegally Tampering With Dolphins