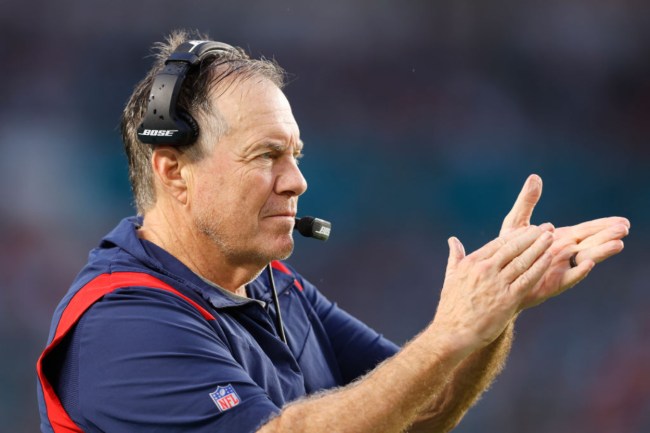 Bill Belichick is entering his 23rd season as New England Patriots head coach and recently turned 70-years-old. One might imagine he’s been taking it a bit easy this offseason, but that hasn’t been the case at all, according to a new report.

Belichick has been putting in some serious work this offseason, with one source telling Sports Illustrated’s Albert Breer that he’s “actually working more than he has in the recent past.”

“I had someone there tell me that this offseason he’s actually working more than he has in the recent past, which only speaks to the fact that … there really isn’t any place he’d rather be,” Breer wrote.

It’s no secret that football is life for Belichick, but Breer also notes that he can sneak in some quality family time while at the office as well given both of his sons are on his coaching staff.

Beyond simply making the Patriots better, there are two pretty simple motivators that have Belichick putting in more hours this offseason.

Belichick has 321 career coaching wins, three fewer than Georga Halas and 26 behind the legendary Don Shula. He could very well have Shula’s record circled as something he wants to break before retiring from coaching.

On top of chasing history, Belichick could very well have a point to prove that he can win without Tom Brady under center.

“I’ve heard for more than a decade that those around him believe he wants to show he can win with the Patriots without Brady. He got the franchise Mac Jones and a playoff berth last year. The next step is showing that legit championship contention is on the horizon,” Breer wrote.

New England hasn’t won a playoff game since Brady left, but Belichick is clearly doing everything in his power to get back to winning meaningful football games.