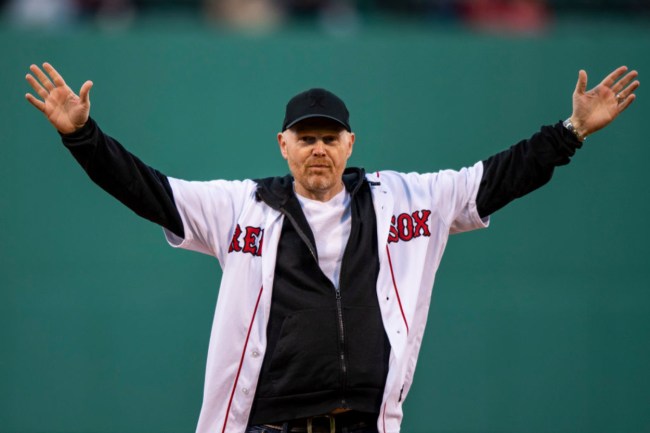 Bill Burr had himself a Tuesday night at Fenway Park. Not only did the comedian get to throw out the first pitch of the Red Sox game, but he also got to take shots at both Derek Jeter and the country of Canada in the NESN broadcast booth.

Burr jumped in the broadcast booth to promote an upcoming show, but he obviously couldn’t leave without making viewers laugh at home.

The Boston legend of course had to get his shots in at the Yankees. He specifically took aim at Derek Jeter and how he’d frame pitches at the plate to get strikes turned into balls. While the Jeter digs were funny, his roasting of the entire country of Canada was the good stuff.

The Red Sox were taking on the Blue Jays, so Burr calling out Canada was fitting.

“Toronto, actually Canada in general, is low-key hostile,” Burr explained.” You know what I mean?

“They try to act like they’re the best white people, and it’s like, ‘Dude, there were people here before you got here, so get off your high horse.’”

.@billburr on the broadcast.

We don't have to say much more😂 pic.twitter.com/pFws32vXyJ

Burr isn’t worried about pissing anyone off, and that includes every single Canadian.