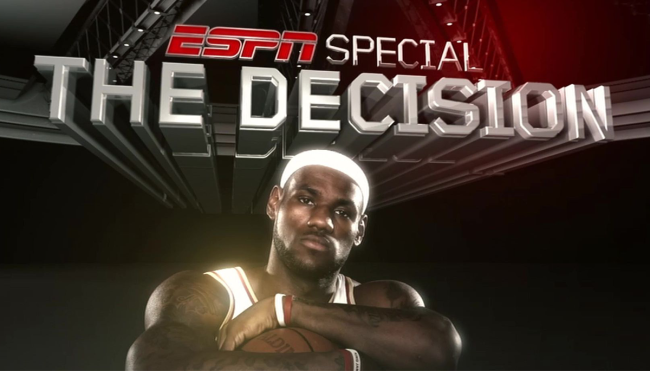 There’s no denying Bill Simmons is a smart guy who did a phenomenal job leveraging a Personal Brand built on his encyclopedic knowledge of basketball and pop culture into a wildly successful career in sports media—just like there’s no denying he has a tendency to be a bit of an insufferable asshat.

Like most people in his position, the longtime ESPN columnist couldn’t have gotten where he is today without the help of the Hot Takes he’s routinely peddled over the decades. That includes the column he wrote criticizing LeBron James in the wake of “The Decision,” the infamous special he ripped after it aired in 2010.

Simmons was far from the only person who viewed James’ decision to announce his decision to take his talents to South Beach as a shameless, attention-seeking vanity project. However, the exact manner in which he aired his grievances apparently did not sit well with LeBron’s agent Rich Paul.

Paul was recently profiled in The New Yorker and did not hold back when asked to address a column where Simmons hypothesized “the lack of a father figure in his life” played a role in “The Decision” coming together, saying:

“The Decision” ten years ago is the norm today. It’s what everyone wants to do. Kids won’t even decide where they go to college without it being a big production, and Bill Simmons says some s—t like that.”

It’s hard to argue Simmons didn’t make some valid points in the column in question, but it’s also kind of hard to ignore his odd decision to address certain aspects of James’ personal life that didn’t really do much to boost his argument.

Oh, there’s also the fact that we now know “The Decision” probably wouldn’t have happened if Simmons hadn’t stolen the idea from a fan, which makes the fact that he put it on blast it in the first place even more bizarre. It might not have sat too well with LeBron’s camp, but when you consider he’s currently worth $100 million, I doubt Simmons is going to get too shook up over this.