Bill Simmons Shares Bold Take On Lakers Star Russell Westbrook, Suggests He May Soon Be Out Of The NBA 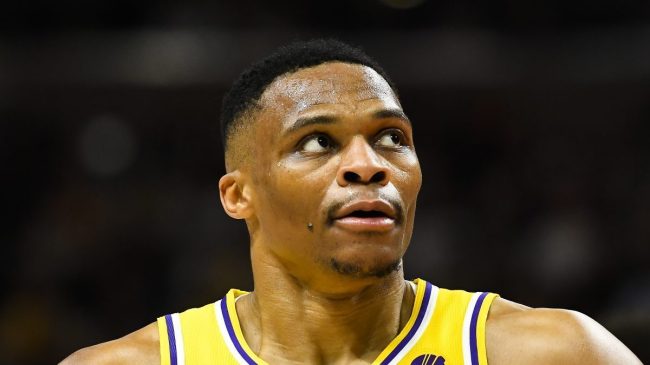 Russell Westbrook current status with the Los Angeles Lakers is one you could call tenuous at very best. The former NBA MVP had one of the worst years of his career in 2021-22. Things didn’t get much better recently when the Lakers made a trade for Westbrook’s sworn enemy, Patrick Beverley.

That led to reports that the Lakers could send Westbrook home from training camp as they continue to find a trade partner for the disgruntled star.

That option is far preferable to the one proposed by sports media mogul Bill Simmons recently.

Simmons knows how to drum up attention and is never one to shy away from hot takes. But his latest take may just have some sense to it.

The former ESPN star went on his podcast recently and suggested that if Westbrook is bought out, either by the Lakers or a trade partner, he may not return to the NBA.

These were Simmons thoughts when discussing a proposed Westbrook trade to the Indiana Pacers:

“If that trade did happen…I think he’s out of the league. I’m not saying that in the Skip Bayless way. I just think he’s the rare kind of guy where if you’re a tanking team or a lottery team, why would you bring him in? All he’s gonna do is try to play 40 minutes a game and put up stats and make you more competitive.”

“If you’re a playoff team, I can’t think of a playoff team that he would be additive to. He’s not gonna want to come off the bench.”

While the take seems hot on the surface, he may just have a point. Westbrook’s effort alone likely raises the floor of a tanking team. But his inefficiency hurts teams looking to win an NBA Championship? So where does he fit in the current NBA landscape?

That same question is ultimately what led to the split between Westbrook and longtime agent Thad Foucher. Foucher felt Westbrook is best-served taking on a smaller role in LA. While Westbrook appears dead set on a trade.

With Kevin Durant and Kyrie Irving staying in Brooklyn, Westbrook is now at the center of perhaps the most compelling story in the NBA.