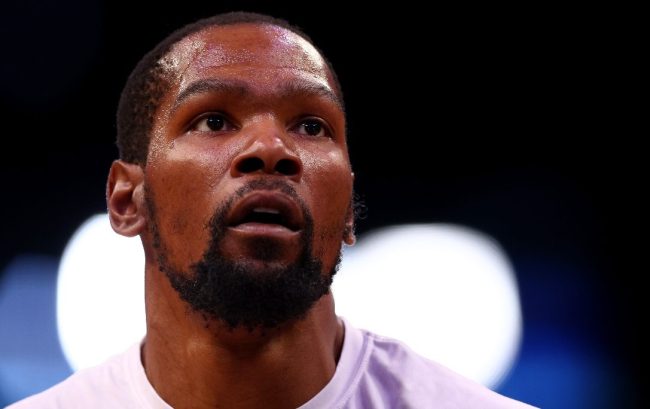 The Brooklyn Nets have been one of the most dramatic teams all offseason as Kevin Durant trade talks took over the sports world by storm. After what has been a wild summer for this organization, it turns out that Durant, and Kyrie Irving for that matter, are not going anywhere. Now, the general manager, Sean Marks, breaks silence about the situation as a whole.

The Nets’ released Sean Marks’ statement through social media, which broke the news that Kevin Durant is going to stay in Brooklyn. It’s a big decision for the organization to make, but it is likely for the best. Marks likely wasn’t seeing any trade offers that met his expectations and was able to talk to Durant to stay with the team.

The Kevin Durant trade discussions are over, the Nets say. He’s under contract for four years. https://t.co/Xnwk4rPW8q

What a turn of events for the Nets. They went from being in a rough spot with Kevin Durant and Kyrie Irving both making trade requests to keeping them both for the 2022-23 season. It’ll be interesting to see how this team plays though, as Durant gave Brooklyn a choice to keep himself or Steve Nash and Sean Marks. It’s been a rocky year for this franchise, but if they can smooth things out, then they are a legitimate playoff contender.

That’s especially true as Brooklyn has yet to have Ben Simmons on the court. Although he caught plenty of flack for his lack of scoring with the Philadelphia 76ers, he’s in a great position to get back on track. With Durant and Irving being elite scorers, Simmons can be the facilitator he clearly wants to be. If the Nets can get things rolling, then they should make plenty of noise in the Eastern Conference.