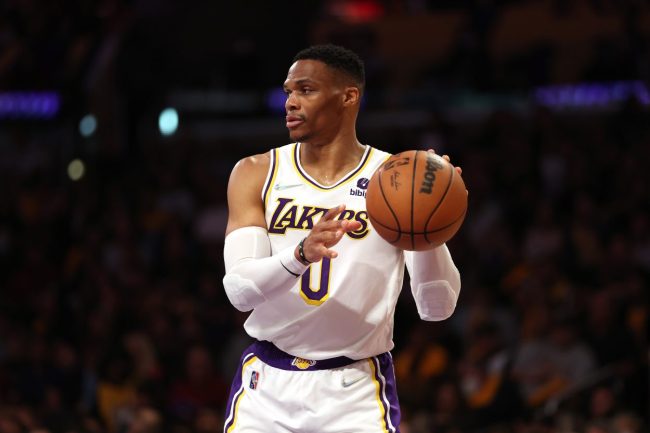 To call the relationship between the Los Angeles Lakers and star guard Russell Westbrook “tenuous” might be a bit generous. After a season in which Westbrook had his lowest scoring average (18.5 ppg) since his second year in the league, the beleaguered start is reportedly looking for a way out.

There’s only one problem. Other teams generally don’t value the former league MVP that highly. This led Westbrook to split from longtime agent Thad Foucher.

Things didn’t get much better for the nine-time NBA All-Star when the Lakers traded for Patrick Beverley earlier this week. Beverley and Westbrook have a significant, not particularly friendly, relationship with one another.

So where does that leave the Los Angeles Lakers?

The arrival of Patrick Beverley could affect Russell Westbrook's future in LA.

Westbrook is more likely to be off the Lakers’ active roster by the start of training camp, a source close to the situation told @jovanbuha.

According to Jovan Buha of The Athletic, the team has discussed a number of options.

“Beverley’s arrival makes it more likely that Westbrook will be off the active roster by the start of training camp, either through a trade or the team sending him home a la the Rockets with John Wall last season, according to a source close to the situation.”

Beverley currently slots in as Los Angeles’ backup point guard behind Westbrook, though he could also replace guard Austin Reeves in the starting lineup per Buha.

First-year Lakers head coach Darvin Ham previously spoke about how he intends to use Westbrook late in games. Though now it appears he may never get the opportunity to do so,

After winning the NBA Championship in 2020, the Lakers have struggled with injuries and inconsistent play the last two season. They missed the NBA playoffs entirely last season after losing in the first round the year prior.

Despite that, LeBron James has committed his future to the team and the Lakers are back in win-now mode.