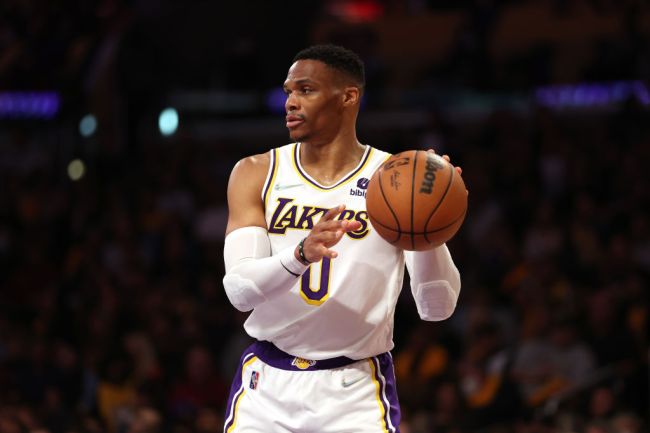 The Los Angeles Lakers continue to struggle to find a way to offload Russell Westbrook. Earlier this week, it was reported that talks had stalled on a potential Westbrook/Kyrie Irving swap with the Brooklyn Nets.

However, that same report also revealed that the Lakers were discussing a deal with the Indiana Pacers to acquire Buddy Hield. Now it seems like that’s not going to work out for the Lakers either.

Today, The Athletic’s Bob Kravitz reported that the Lakers have had their latest trade offer rejected. According to the report, the Lakers offer the Pacers Westbrook and a 1st round pick in exchange for Buddy Hield and Myles Turner. The Pacers want another 1st rounder to make the deal happen.

A potential Lakers trade package sending Russell Westbrook and a first-rounder to the Pacers for Myles Turner and Buddy Hield is currently dead, sources tell @bkravitz.

It shouldn’t be surprising at all that the Indiana Pacers turned down this offer. This would have been highway robbery for the Lakers.

This deal would see the Lakers dump off their worst contract while also securing a pair of starters for next season, including one of the league’s best shooters. There’s no way that the price on that should only be one first round pick.

However, if the Pacers are really interested in the deal with another 1st round pick added in, then the Lakers should be seriously considering giving up that pick to make the deal happen.

Hield and Turner would be strong additions to the Lakers’ lineup for the 2022-23 season and could give them a chance to compete in the Western Conference just a season after missing the playoffs.

Giving up both of their tradable first round picks may not have been what the Los Angeles Lakers were hoping to do this offseason, but it just might be the best option they’ll be presented with this offseason.