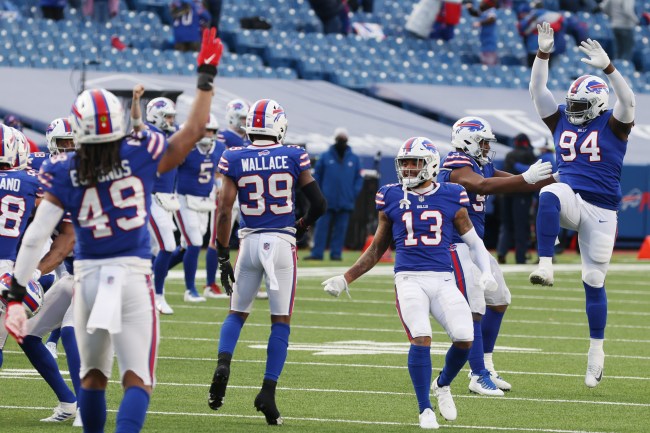 The Buffalo Bills are finally back in the postseason and the Bills mafia is getting wild to celebrate the special occasion.

On Sunday, the team won their first playoff game in 26 years when they beat the Indianapolis Colts 27-24.

Since 1995, Buffalo is 0-5 in the postseason, including last season’s wild-card loss to the Texans when Buffalo blew a 16-point second-half.

After the game, one Bills fans celebrated the win by jumping on a flaming table. The fan ended up catching on fire but thankfully his buddies were able to fan the flames before he got seriously burned.

Checking in on #BillsMafia… pic.twitter.com/eDMAPRg4T0

I’m not really not sure what to expect from Bills fans if the team makes the Super Bowl.