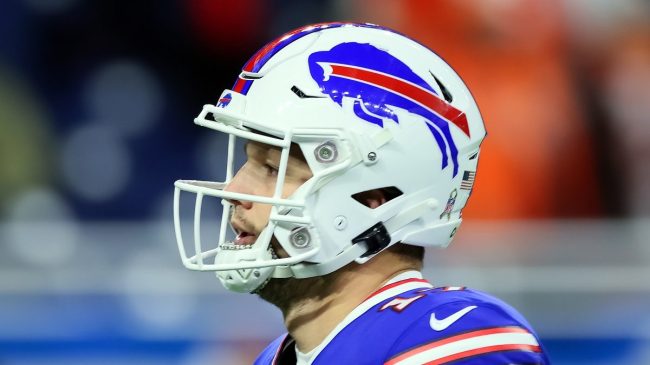 The Buffalo Bills found a way to take the lead entering halftime, but the fans are still in shambles. Josh Allen and Stefon Diggs just haven’t been on the same page, making the offense look abysmal against the Cleveland Browns. Maybe there’s something going on with the team, as they haven’t looked great the last several weeks.

Barstool Sports shares a quick clip of Diggs voicing his frustrations with head coach Sean McDermott. For whatever reason, Allen only threw it his way once in the first half. Hopefully, that changes as the game progresses. But regardless, Bills Mafia is not happy about what’s going on.

Are the Bills okay?
pic.twitter.com/hu4jExUsO6

Are the Bills okay? That’s a great question. Buffalo just hasn’t looked like that juggernaut they did early in the season. There is still plenty of time for them to turn things around, but in the end, the fanbase isn’t handling it well.

All I know is pain and suffering. Unbelievably we’re still in this game though

It’s not easy being the home team in that stadium

This is extremely valid. The venting might have worked because Josh Allen hit Stefon Diggs for a touchdown right before halftime.

Players can’t vent to a coach civilly? He’s averaged 11 targets a game 2nd in the league, not seeing any targets early he had something to say. Lol

We’ll see if the Bill can get their act together. Although they’re leading the Browns right now, the fans can tell there’s something off about the team.