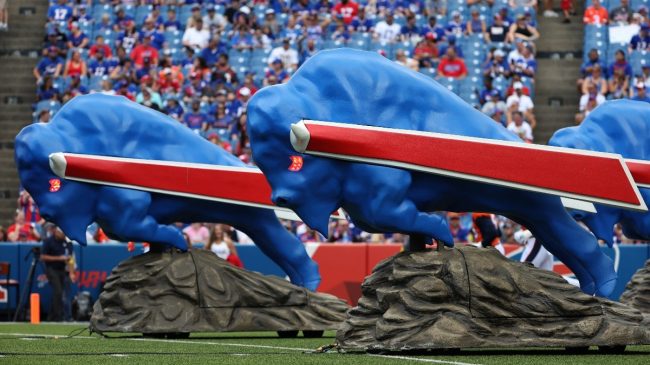 The Buffalo Bills made the decision to release rookie punter Matt Araiza after he was accused of gang-raping a 17-year-old girl in college. For that reason, the front office is in search of a new punter. There are plenty of options available right now and they should be able to acquire a solid option. However, the former Tennessee Titans punter apparently refuses to play in Buffalo, and it has Buffalo’s blood boiling.

According to Bob Confer, Brett Kern’s father made an appearance on a local radio show in Nashville, Tennessee. Confer claims that Kern’s father mentions that the former Titans punter has no interest in playing for the Bills.

Punter Brett Kern's dad, Cal, was just on @wlvl's morning show. He said Brett is NOT signing with @BuffaloBills. Titans are encouraging Brett, whom they cut, to stay on the ready in the event their rookie doesn't cut it. Plus, Brett likes the family life he now has in Tennessee

To be fair, Brett Kern has been living in Tennessee for 12 years. As Mike Herndon points out, Kern’s home life might be more important to him than playing for another franchise. Regardless, Bills fans are infuriated about the idea of Kern not wanting to be their punter.

I don't know the source here, but it wouldn't be surprising to me if Kern opted to take a practice squad spot in Tennessee rather than moving somewhere else for the next four months. Obviously, that would be best case scenario for the #Titans. https://t.co/Ip2BBhwKg9

Here are some of the reactions from the fanbase. Joe Miller, as host of a show, called The Overreaction Podcast, does just that in this single tweet.

Imagine your girlfriend dumping you for a younger, hotter dude and telling you….

“Hey… dont date anyone else just in case this younger handsomer stud doesnt do it for me….”

Or how about Scott, who doesn’t come off as super salty at all…

Wait the dude from buffalo who doesn’t have a job would rather be unemployed than play for his Super Bowl favorite hometown team?

Here’s our personal favorite. Sean is so bewildered that he thinks the Bills should just play the 2022 season without a punter! That’s a bold strategy, Sean. Let’s see how it plays out for them.

I honestly would be fine if they just had Barkley do it. They obviously aren’t going to and will sign an nfl punter but this team hardly punts as long as the guy is better than Haak I do not care who it is. If they didn’t carry a punter at all I’d be for it.

Eventually, the Bills will find a punter to replace Matt Araiza but it’s not likely going to be Brett Kern.