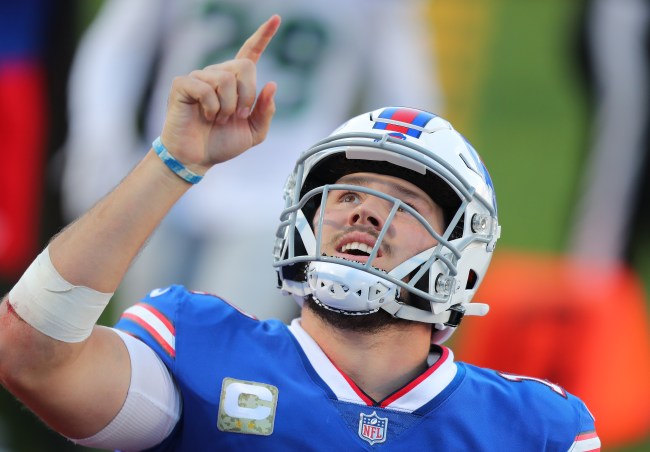 Bills QB Josh Allen played one of the best games of his football career against the Seahawks and he did it while going through a bit of adversity.

On Sunday, Allen threw for 415 yards and four touchdowns in the team’s 44-34 win against one of the best teams in the league.

Tom Brady, Peyton Manning, Drew Brees, Aaron Rodgers & Patrick Mahomes are the only other players with multiple such games in their careers

After the game, Bills head coach Sean McDermott revealed Allen had decided to play Sunday’s game after learning his grandmother had passed away on Saturday.

Josh Allen's grandmother died last night, and today he threw for 415 yds and had 4 total TDs in a win over the Seahawks 🙏

Our thoughts and prayers go out to Josh and his family. We talked yesterday before meetings last night, I called Josh and just asked him where he was on it. I expressed my sympathy to him as well as his family. He said he wanted to play, we just felt like he was going to have to compartmentalize for the better part of 24 hours in order to get through the game and that’s what he did and then he was emotional after the game. It’s not an easy thing to play through

After hearing the news of the death of Allen’s grandmother, Bills fans started donating $17 in Allen’s honor to Oishei Children’s Hospital, a charity he has frequently worked with in the past.

Calling #BillsMafia, as we all know @BuffaloBills QB @JoshAllenQB grandmother passed away last night. In honor of her @RedditBills is suggesting we donate $17 to Oishei Children's Hospital. Do what you do ladies and gents!https://t.co/qM5p3flY12