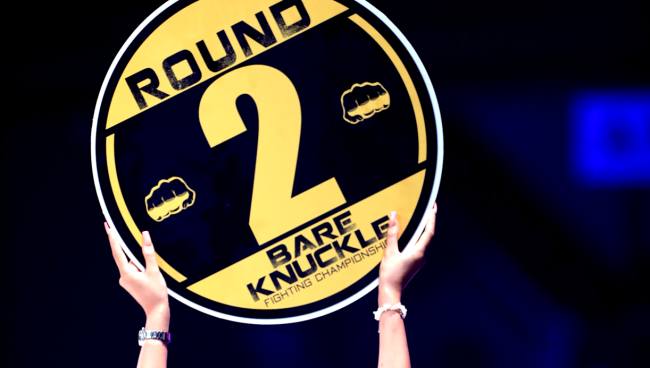 The Bare Knuckle Fighting Championship (BKFC) event in Thailand over the weekend had something happen that fans have never seen before when female fighter Tai Emery pulled up her top and flashed the crowd after her victory.

Australian Emery, who was making her BKFC debut, earned the win with a vicious uppercut-hook combo that knocked her opponent, Rung-Arun Khunchai, to the mat.

Emery, obviously very excited with her win, hopped up on to the ropes and then proceeded to lift her top in celebraton.

“Interesting celebration there there by Tai Emery. Haven’t seen that one before,” said commentator, former UFC welterweight Chris Lytle.

And while the flashy celebration was lauded by no less than former adult film actress Kendra Lust and earned Tai Emery over 2,000 new OnlyFans subscribers, not everyone loved it.

Fellow fighter and number one ranked flyweight Britain Hart, who has fought eight times in the BKFC, told MMA Fighting this week, “At the end of the day, it’s an uphill battle for me. I have my deep points on it, and I feel very strongly about it. The only thing I have to say is good for her, you know, freedom, super happy, I don’t know if those were her real breasts or not, who knows? But it’s all good: You’re happy and people like that stuff.

“But here are my two takeaways: One, it can be interpreted as a slap in the face to real, hard-working fighters who are in the gym slaving away every day and they go out there after a good performance and act like an athlete and a fighter. Now, you have this girl, and it’s going to be, ‘Who is going to be booked for fights? Who is going to sell more tickets?’ Now she’s going to sell more tickets. Her following went up, everyone’s like, ‘I’ll pay to watch that girl fight any day.’ Of course, the fact that she got — what people say was — a clean knockout, it is what it is, but it’s her first fight. I think you should have to work up and earn a little more cred for someone to always want to watch them fight based on their skill.

“It just leads to a pattern. Now her following jumped up and everyone’s going to want to watch her to see that side of her. Other fighters might not do that and they don’t get appreciated for her skills as much, but I can kind of let that one go because she did get a knockout, or whatever.”

Hart added that she believes when a female fighter flashes the crowd or has an OnlyFans male fighters in the gym don’t respect you.

“You think they think you’re a great fighter? They don’t. They’re talking about you, they have your a– pulled up [on social media] in the gym,” she said.

“That’s why you guys see me and Joey so happy. That man respects the s*** out of me, and for a very good reason. I’m super happy, we have a bomb ass relationship for that reason. So you guys, fairy tale relationships are out there, but if you’re being a whore you’re not going to find your dream husband, or he’s going to be a whore, too.”

Hart will make her strawweight debut this coming Saturday in the main event of BKFC 29 when she takes on Fani Peloumpi in a title fight.