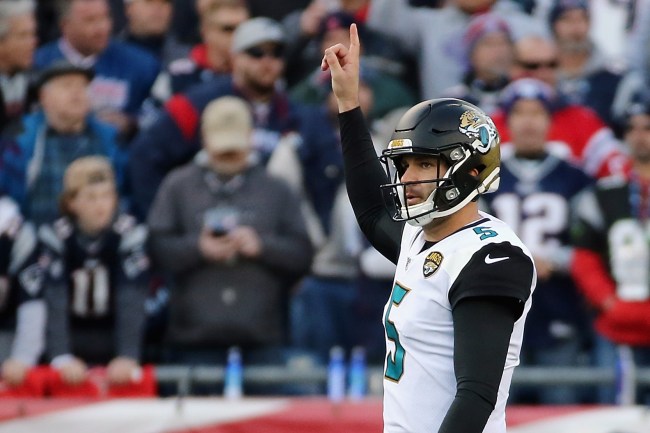 By now, I’m sure that you’ve heard about the horrific shooting in Jacksonville, Florida on Sunday afternoon when a gunman opened fire at a ‘Madden Championship Series Event’ killing 2 and injuring 10 before taking his own life.

The aftermath of any shooting can be characterized by complete and utter chaos. Teams of officers scrambling to determine if there are any other potential threats looming. They must ascertain a motive, check the shooter’s home for weapons, interview his family and acquaintances, liaise with the hospital and contact family members of the victims as well as keep the media updated.

There are a million other things on the list of tasks for first responders and they must do all of it while maintaining a crime scene. But who takes care of the first responders? When do they have time to eat or sleep?

Jaxdotcom employee Phillip Heilman explains how this is a cornerstone of the Blake Bortles Foundation:

A major piece of the Blake Bortles Foundation is supporting first responders in Jacksonville. Nice to see meals from Mambos were sent from BB5 to help feed them in the aftermath of Sunday's downtown shooting. #Jaguars

@BB5Foundation I know you didn’t do it for the recognition, but @JSOPIO appreciates the outstanding food from #MambosCubanCafe @Jaguars pic.twitter.com/JrN7PCKVfz

Here’s the Blake Bortles Foundation reaching out to first responders with the nearby station set up to feed them between shifts:

In collaboration with #MambosCubanCafe we invite all first responders to come to 501 E Bay St for a hot meal today. Food will be available at 1:30pm & again for a 2nd shift at 5:00pm. Thank you to all for your service to our wonderful city! #TheLandingMassShooting #Jacksonville pic.twitter.com/Kbiiuseuwj

Naturally, thank yous from the first responders in Jax started pouring in:

Thank you @BB5Foundation for the delicious @MambosCubanJax for the guys that worked so hard this weekend! Your generosity is greatly appreciated! pic.twitter.com/O6wtNOIMXM

@BB5Foundation I know you didn’t do it for the recognition, but @JSOPIO appreciates the outstanding food from #MambosCubanCafe @Jaguars pic.twitter.com/JrN7PCKVfz

This dude’s tweet is spot on. Blake Bortles lives under a microscope on the NFL field. Off the field, he’s dedicating himself to the city of Jacksonville and I’m sure that goes unnoticed to 99.99% of the people outside of the greater Jacksonville area. Even as a native Floridian living across the state in Sarasota I rarely hear about Blake Bortles.

Blake Bortles may be the most criticized quarterback in Jags history, but he loves the city of Jacksonville

It’s the bravery and courage that’s unanimously displayed for our community that we value the most! Thank you again to everyone who’s done and continuous to do their part for #Jacksonville! #JaxStrong https://t.co/R9yW9Z8Gcf

READ NEXT: Bro Hero Blake Bortles Talks About Almost Having His Truck Stolen By An 18-Year-Old At A House Party

Blake Bortles is out there doing more for first responders than anyone else in the city of Jacksonville (at the moment).

Maybe, just maybe, if you find yourself criticizing athletes on the field this NFL season you should stop and take a moment to disassociate the game from the person.