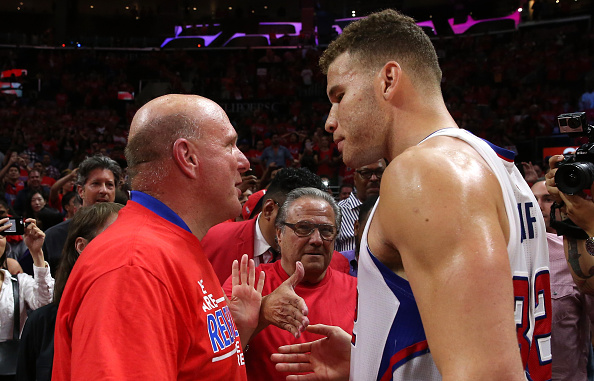 Blake Griffin appears to still be salty that the Clippers traded him to the Pistons last season.

Before Griffin’s first game back at the Staples Center since the trade, Clippers owner and former Microsoft executive Steve Ballmer apparently tried to shake hands with Griffin after warmups but Blake decided to ignore Ballmer and immediately ran into the locker room.

As Blake finished his warmup, Steve Ballmer was on the sideline watching and waiting. When Ballmer saw Griffin finish, he started walking towards him. Blake saw Ballmer and sped up, running away to the Pistons locker room as Ballmer yelled “Blake! Blake!” with his hand out.

Update: Here’s the video of Blake running away.

Of course the Internet had plenty of Microsoft puns for awkward encounter between Blake and Ballmer.

Didn’t realize things had gotten so clippy between them.

Offers us a Window into their relationship