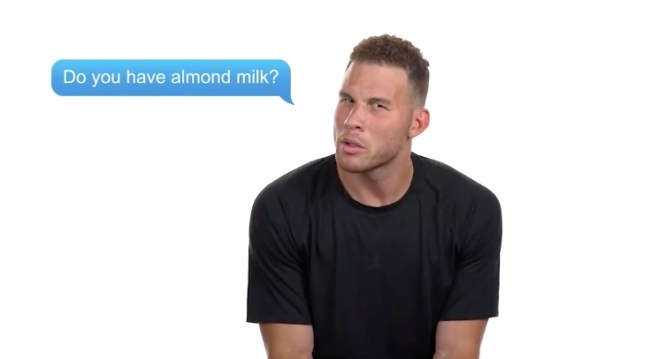 Blake Griffin has been ordered to pay a monthly child support bill that equates to five times the median household income in America annually. The Pistons forward reportedly has to cough up $258,000 per month in support for his two young children with baby mamma and former USC basketball star Brynn Cameron. (Mind you, he should–they’re his damn kids and he earned an average monthly salary of $2.2 million in 2016. But shit.)

According to Radar, the two are in the weeds of a brutal paternity case and a separate civil suit where Cameron claims Griffin broke off their engagement after he started dating Kendall Jenner.

In court documents, Cameron claimed Griffin booted her and their two children, Ford, 5, and Finn, 2 from his $12 million Pacific Palisades mansion. In a January declaration, Cameron said she was “reduced to being homeless,” and only had $100 in her personal bank account.

In February, Cameron, who has another child with former USC quarterback Matt Leinart, said Griffin refused to “provide promised financial support” even after he asked her to “give up her career goals and aspirations to raise their children and support” his career.

Here is the knife job. Cameron’s attorneys wrote in the civil suit:

“Griffin cared more about the glamour of dating a Hollywood celebrity than the day-to-day responsibilities of being a father and family man.”