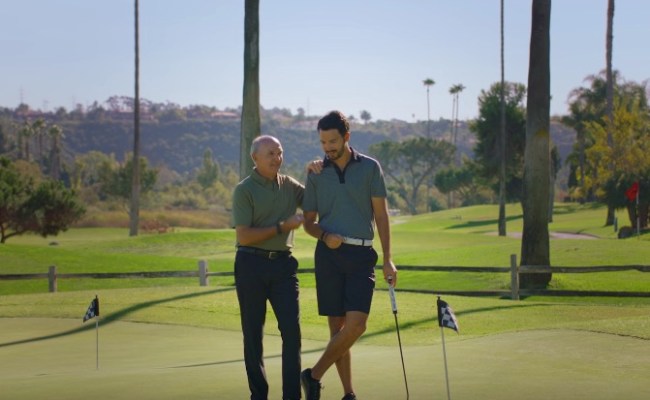 At a family dinner, Jeremy’s mother mentioned ‘Blind Golf‘ and Jeremy thought that she was messing with him. He found out that it’s a legitimate sport. Jeremy agreed to go to the driving range with his father and hit a few golf balls. He told his dad that he’d hit a few, and if he missed any balls he’d walk away from the sport forever. It went a lot better than expected, and it turned the page on a new chapter of life for Jeremy Poincenot:

Jeremy Poincenot won the World Blind Golf Championship. After losing his eyesight at the age of 19 he didn’t let that stop him. He kept fighting and became a world champion golfer. If you’re feeling down today, if you need some motivation, a spark, then this is what you’ve been waiting for.

This video comes from Great Big Story over on YouTube. If you’re not subscribed to that channel yet you really should be. They’re consistently putting out some of the most interesting videos found anywhere on YouTube right now. Some recent favorites of mine include the ‘History of the Garbage Plate‘ and this one about the man who voiced all of the iconic characters in Mortal Kombat.