Meet The Man Behind The Iconic Voices Of ‘Mortal Kombat’, A True Video Game Legend 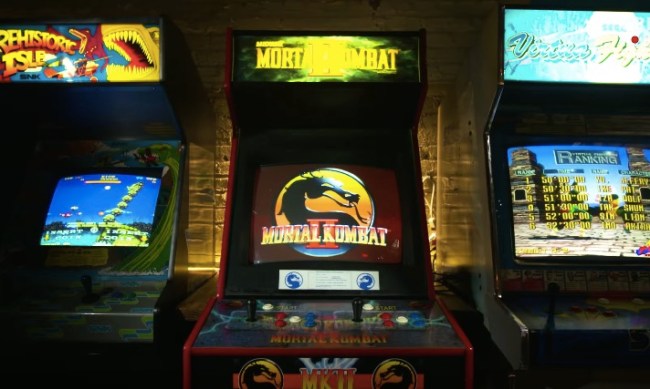 If you grew up in the 80’s, 90’s, or even the early 00’s then chances are you played a lot of Mortal Kombat at some point in your life. Mortal Kombat was released in 1992, and the first concept for the game was actually supposed to be a video game starring Jean-Claude Van Damme but when that idea fell through the Mortal Kombat we all know and love came into existence.

Steve Ritchie is the voice behind ‘Finish Him’, ‘Fatality’, and all of the other infamous sound bites from Mortal Kombat which made the game special. Steve came on board with the Mortal Kombat project because he was working in Chicago in the same building where the video game was being developed. Steve holds the record for building the most pinball machines of any man alive (or so he claims), and he’d had previous experience doing voice-acting for his own pinball machines. He’s undoubtedly a legend in the video game world as the voice of Mortal Kombat:

I know this is going to make me sound old AF, but the days of playing Mortal Kombat at the arcade (and roller skating rink) alongside Street Fighter were truly the glory days of my childhood video gaming. I couldn’t even begin to fathom how many hours I spent playing Mortal Kombat on my Sega Genesis. It was definitely the game that I played for so long without breaks that caused my parents to become those ‘turn that off and go outside to play’ parents. It’s pretty dope to see this story told by Great Big Story after all these years.