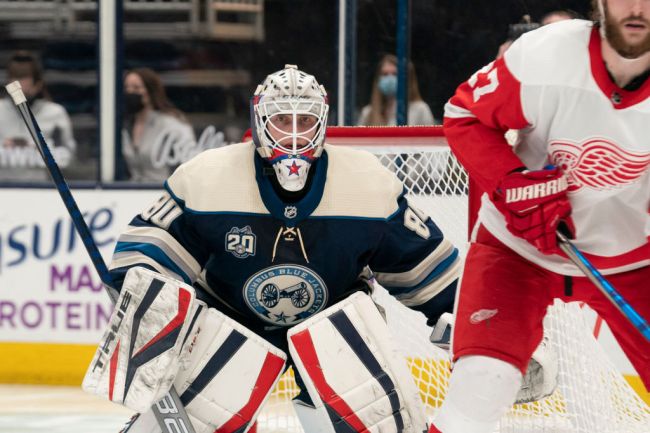 Columbus Blue Jackets goalie Matiss Kivlenieks reportedly passed away following a bizarre fireworks accident on July 4 while at the home of Columbus’ goaltending coach, Manny Legace. According to reports, his death occurred on the same day as Legace’s daughter’s wedding.

Kivlenieks was relaxing in the hot tub when a mortar-style firework struck him in the chest. Earlier reports from authorities said that he died of an apparent head injury, but the autopsy found that his cause of death was chest trauma. Police said that he was approximately 10 feet away from where the firework was launched and that his death was a result of a percussive injury caused by the blast.

There’s no indication the person who lit the firework had been drinking alcohol, according to the Detroit News.

Elvis Merzlikins, a fellow Columbus and Latvian teammate, posted a photo of the two on Instagram from earlier in the day. Merzlikins mentioned a pool basketball game the two had played in just prior to the accident.

There was a moment of silence prior to the start of Game 4 of the Stanley Cup Final between the Lightning and Canadiens in Montreal.

“It’s an awful tragedy for anybody, any family to go through that,” Tampa Bay head coach Jon Cooper said following his team’s Game 4 loss. “But somebody in the NHL family, as close as we all are as the teams even battling out there, from all the Lightning, our condolences.”

Kivlenieks went undrafted before signing a three-year entry-level deal with the Blue Jackets in 2017. He made his NHL debut during the 2019-20 season and made a total of eight appearances for Columbus over the years.