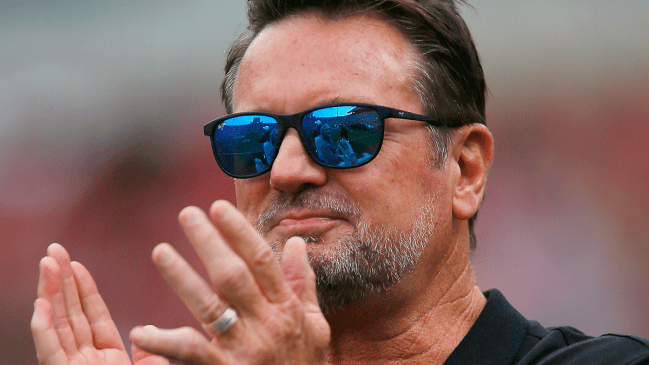 One of the coolest aspects of college football is the many incredibly heated rivalries between teams who share a palpable hatred for each other thanks to a history that can often be traced back more than a century.

That’s the case with Oklahoma and Oklahoma State, who faced off against each other for the first time all the way back in 1904 in a game where the Sooners walked away with a 75-0 victory. That contest marked the start of what was eventually dubbed the “Bedlam Series,” which has seen the two squads go head-to-head on an annual basis for close to 120 years.

The two schools will face off yet again in November, but as we learned earlier his week, that will mark the beginning of the end of the storied showdown; Bedlam will be no more after Oklahoma makes the leap to the SEC in 2025, which means their regular season showdown with OSU the previous year will likely be the last time we see them play for a while.

While there are undoubtedly plenty of fans who are less than thrilled with this development, there’s one man who doesn’t seem too worried: former Oklahoma head coach Bob Stoops.

On Wednesday, Stoops—who racked up a 14-4 record in the Bedlam Series during his time in Norman—chatted with Sirius XM about the end of the rivalry and made it clear he doesn’t think it’s a big deal in the grand scheme of things.

“We’re gonna be fine. You think we’re going to struggle filling the stadium with the [SEC] teams we’re gonna have coming in?

There’s a whole bunch of things if we want to play tit-for-tat that we could say, but I’m not going to be the one to say them. I’ll let people there working at the university do it if they feel the need to.

Bottom line is we’re gonna be in a strong position and it’s gonna be exciting filling our stadium and sky suite with the teams we’re gonna have coming in.”

You have to imagine one of the things Stoops declined to say is that the Sooners have historically had the upper hand in a one-sided rivalry where they sport a 90-19-7 record against the Cowboys, so it’s hard to argue with the point he made.