Bobby Bonilla Day Needs To Be Taught In Colleges 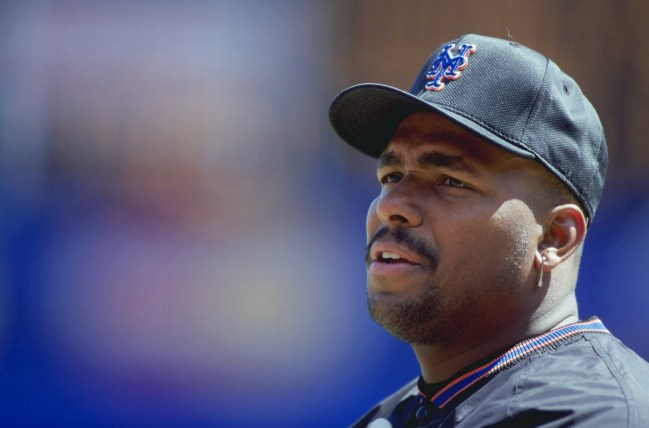 They have $18 million to go. pic.twitter.com/zwaTa91Qfe

The Mets will pay Bobby Bonilla nearly five times what they will pay Rookie of the Year Pete Alonso this season:

Alonso was 4 years old when Bonilla had his last at bat for the Mets. pic.twitter.com/vvBxdtYGaq

If you don’t love Bobby Bonilla day, you’re either a miserly Mets fan or you have soiled underpants. For the uninitiated, Bobby Bonilla had $6 million remaining on his contract with the Mets in 1999. They didn’t want him anymore, and his agent negotiated for the team to pay Bobby deferred payments with an 8% interest rate. Why? Because instead of spending $6 million, Wilpon—the Mets owner—wanted to give that money to Bernie Madoff to invest. lol. We all know how that turned out. If that ain’t the most Mets story ever.

The real lesson here comes from Bobby and his agent, Dennis Gilbert. We’ve all seen the stories of professional athletes declaring bankruptcy, spending like morons during their playing days, etc. Not Bobby, baby. Somehow, Bobby and his agent negotiated for the lottery equivalent of annuity payouts instead of the lump sum. They were holding a $6 million winning Powerball ticket and they managed to push those dreams of backyard putting greens, a home bowling alley, and the eight-car garage out of their minds long enough to realize what so many college kids take years to learn: getting paid in guaranteed installments over time is a far better way to go through life. Big lump sum payouts get taxed at a higher rate than smaller, annual payouts. Plus, you protect yourself from yourself.

If you told your five-year-old, “hey bud, you can have the entire birthday cake right now. OR you can have one slice every day for the next two weeks.” That kid is going full cake, for sure. Why? Because he’s five, and an idiot. What happens next? He eats 75% of the cake, gets sick, pukes on the cake, cries, and thus begins a childhood of traumatic psychological issues that no child psychologist can fix. And it’s all your fault, dad. You shouldn’t have given him the entire cake, are you insane?

We’re all five-year-olds when it comes to money. Except Bobby Bonilla, who is 57 and looking forward to 15 more years of being on the Mets’ payroll.