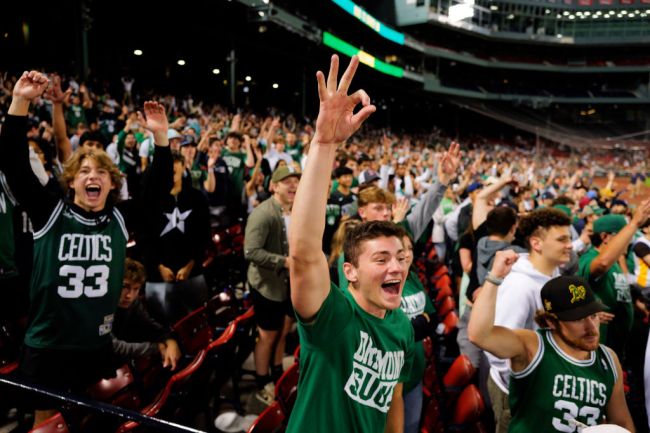 The Boston Celtics are not expected to draft until late in the 2nd round during tonight’s NBA Draft, but they are reportedly looking to change that.

According to a report from The Athletic’s Zach Harper, the Celtics are very interested in LSU forward Tari Eason. Unfortunately for the Celtics, he is projected to be drafted in the first 20 picks of the first round. According to Harper, the team could be looking to move one of their young pieces to move up and land Eason.

“Sources have told me the Celtics are high on him and could be looking to move into the first round to grab Eason by dangling a young role player like Payton Pritchard or Aaron Nesmith,” Harper wrote. “They may have to get above No. 17 to do so, because it’s also believed Houston loves Eason at that selection if they end up keeping that pick.”

The Celtics traded away their own first round pick when they traded for Derrick White back in February. That pick wound up being pick 25 in this year’s draft and now it looks like they’ll have to trade quite a bit above that pick to land the player they want with Eason projected to be a top 20 pick.

Eason put together a very impressive sophomore season at LSU, posting 16.9 points and 6.6 rebounds per game for the Tigers as he led them to an NCAA Tournament appearance.

That could be enough to convince the Celtics to give up one of their young pieces in order to land him in this year’s draft.