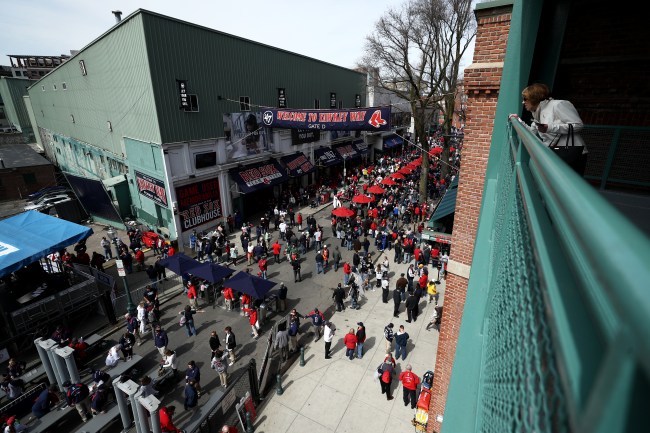 Yawkey Way, the street that runs along Fenway Park’s third base side, is as ingrained and recognizable in the rich history of Boston baseball as is the Green Monster or Ted Williams. The street was named after Thomas Yawkey, who owned the Red Sox from 1933 to his death in 1976, and who was generally thought to be a likeable and classy guy in his tenure. I guess you have to have some clout to secure a place in the Hall of Fame when you hadn’t won a championship in your 43 years manning the ship.

Despite his Hall of Fame plaque calling him “one of sport’s finest benefactors” and his Yawkey Foundation donating more than $450 million to hundreds of charities, Mr. Yawkey has an ugly smear on his resume. A smear so ugly that the city unanimously approved a proposal by current Red Sox ownership to rename the two-block-long street to Jersey Street, which it was originally called before being changed in 1977 to honor Yawkey after he died.

Yawkey was the last owner to sign a black player in 1959, 12 years after Jackie Robinson had joined the Brooklyn Dodgers (Hell, by that time, even the Boston Bruins had a black player.) Robinson would later say that Red Sox owner was “the biggest bigot in professional baseball.”

Last August, current Red Sox owner John Henry announced his plan to change the name of the street, saying he was “haunted” by the Yawkey’s racism.

“The undeniable and regrettable history of the Red Sox make it difficult to continue to give prominence to a symbol associated with an era marred by racial discrimination.”

The Yawkey Foundations released a statement expressing its sadness with the decision:

The Yawkey Foundations, which advocated keeping the name, called Thursday a “sad day” and said the effort to change the name “has been based on a false narrative about his life.”

“Tom Yawkey deserved to have his name live on at Fenway Park,” a statement from the Yawkey Foundations read. “We can’t change today’s decision, but we remain hopeful that he will be remembered as the good and decent man he truly was.” (via)

I understand and the motive for the name change, but a huge missed opportunity not to name it ‘Big Papi Way.’ Sad.