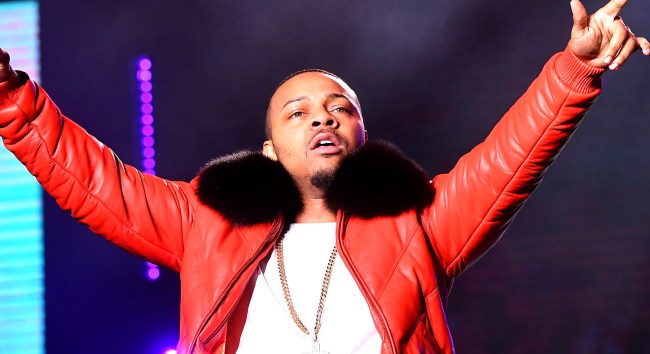 The last time we checked in on Bow Wow (no more Lil, right? Okay, cool) he was entertaining numerous patrons of a Houston nightclub, stuffed in there like sardines as if there wasn’t a pandemic going on in the United States.

I know. I am as shocked as you are. Literally dozens of people paid good money to see Bow Wow perform!

Perhaps it was because they know their chances of living out such a dream evening are numbered as Mr. Wow says he is only going to grace us with one more album then he’s dunzo.

He’s been too busy of late doing things like appearing on The Masked Singer as the Frog and reprising his role as Twinkie in the upcoming F9 movie.

Those ventures must have led him the conclusion that his next career move, once he finishes that album, of course, is to go full bore into show business… by becoming a WWE wrestler. No, really.

Now i know this might sound crazy… BUT… after i drop my last album. I will focus on tv and film. And joining the @WWE its been a life long childhood dream to wrestle in the WWE!!!!

Me and @reymysterio vs whoever @WWE for the tag team titles…

Other than the fact that Bow Wow is 33-years-old, 5-foor-7, and, you know, has never wrestled professionally before, I think he might be on to something here.

Surprisingly, despite receiving much support for this dream of his, there were naysayers, including WWE Superstars T-Bar and Ricochet of Retribution.

It is crazy. Don’t make us destroy you.

Are you mad because ill become champ faster than you? Or are you mad that like mike is more legendary than you will ever be? DROPS MIC 🎤 https://t.co/hbO44eYcLi

Actually I’m kinda big! I have to lose weight i put on for fast 9 https://t.co/Edh87FnEp3

Any advice @RealDDP ? I know you started and became champ in your mid 30’s. Be great to hear your angle on things.

Hey, if Bad Bunny can do it, why not Bow Wow?

Bunny in the Bank.

Could the one and only Bow Wow be on his way to WWE? 🤔@smoss https://t.co/Q7UdHCSoU9