Boxer Daniel Jacobs Opens Up About His Upcoming Fight With Maciej Sulecki, And How Overcoming Cancer Gives Him A Mental Edge In The Ring 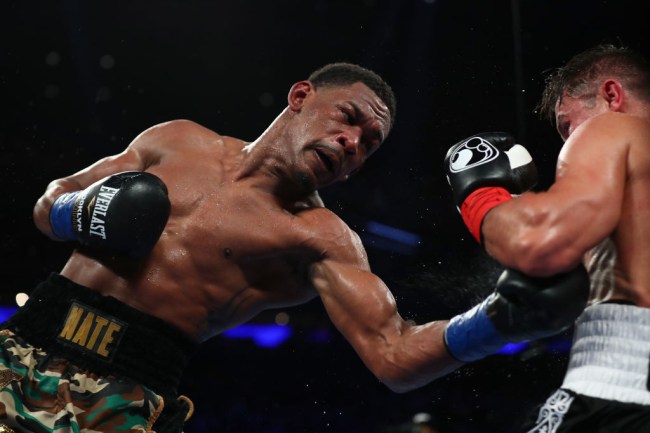 Next week on April 28th Brooklyn boxer and cancer survivor Daniel Jacobs is set to take on Polish middleweight Maciej Sulecki on HBO in a bout that can shake up the middleweight division.

Jacobs, who nearly beat Gennady Golovki in their fight last year, could be in line to fight the winner of the rumored GGG-Canelo Alvarez super fight that is supposedly set to take place some time in the fall while Sulecki is looking to take out a big name like Jacobs to quickly move up the middleweight rankings.

We briefly spoke with Jacobs about his upcoming fight with Sulecki as well as his thoughts about a potential matchup with either GGG or Canelo Alvarez and how overcoming cancer in his early twenties has helped him in the boxing ring.

Me doing my research studying this guys fights I’m trying to get acclimated to his style it’s very hard he’s a tough guy, a tough customer and ultimately he knows this opportunity he has at stake, so he’s gonna treat this like everything, he’s gonna come and be guns blazing about everything. I gotta be prepared and make sure that I’m physically mentally at 100 percent.

On fighting the winner of GGG-Canelo Alvarez super fight.

On how overcoming cancer in his twenties gives him a mental edge over other boxers.

Overcoming cancer helped me in the mental aspect. Boxing is atleast 75-80 percent mental. To know you have the mental strength to go through any type of hardship or any fork of the road. I looked at cancer like an opponent, prepared myself, worked hard so I could be a victor at the end of the day. Because of that I think I have a mental advantage that none of these fighters have been through before.

Jacobs’ career from cancer survivor to being considered one of the top middleweights in the world is a fascinating story which you can learn about by watching his “My Fight” special below.

Jacobs fight with Suliecki will air live from the Barclays Center on HBO on Saturday April, 28th.