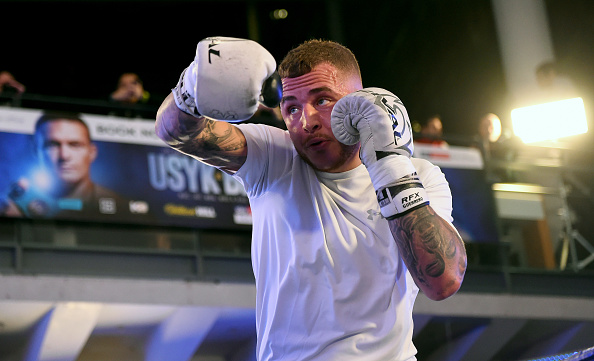 On Saturday’s Bellow-Usyk undercard, 23-year-old British boxer Sam Hyde lost his fight with Richard Riakporhe after suffering an absolutely brutal eye injury in the eighth round.

Hyde’s eye quickly began to swell up into a haematoma after getting caught with a right hand. Despite clearly winning the fight up to that point, Hyde’s corner decided to throw in the towel because of the injury.

Joe Gallagher throws in the towel, after Sam Hyde suffers a horrendous injury to his left eye, similar to Anthony Yigit! Riakporhe wins the fight, but he was not convincing and lost nearly every round, pulled it out the bag, though!! #RiakporheHyde #Hyde #Riakporhe #Boxing

🚑 Towel thrown in for Sam Hyde in the eighth against Richard Riakporhe after he suffered this shocking injury. pic.twitter.com/8GW2jd1dDa

WOW – Look at the state of Sam Hyde's eye…

First fight of the #UsykBellew undercard – could be some night! pic.twitter.com/JWHOvL5phD

🥊🤕 Sam Hyde's corner throws in the towel midway through the eight round!

Damn Sam Hyde’s eye is a mess never seen anything like that 😱 #UsykBellew pic.twitter.com/Ji7vjlwUXh