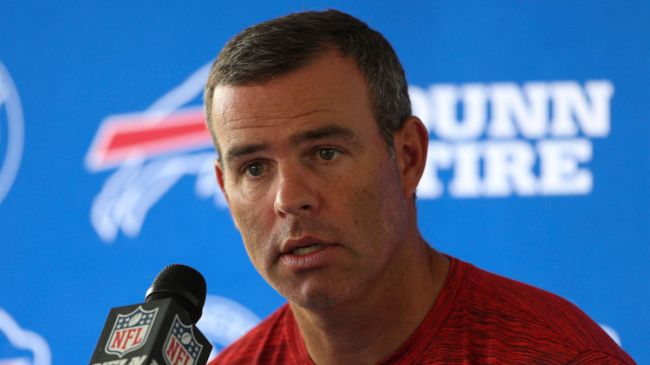 The loss is obviously a bitter pill to swallow for Buffalo, especially considering the fact that the came into the season as the betting favorites to win the Super Bowl.

One person who seems to be taking the loss particularly hard is Bills’ general manager Brandon Beane, who took a fiesty shot at the Bengals during his year-end press conference.

While speaking to the media, Beane — who has been the Bills’ GM since 2017 — said that he doesn’t want to “suck bad enough” to be in a position to draft a talent like Ja’Marr Chase.

here’s the question and answer for context. pic.twitter.com/eawRG9Wi0t

It should perhaps come as no surprise that Beane’s comments haven’t been all that well-received, with the most obvious counter-argument being that Beane and the Bills drafted the franchise-changing talent of Josh Allen with the 7th overall pick in the 2018 draft (Chase was taken fifth in the 2021 NFL Draft).

The other point that NFL fans seem to be making is that it’s possible to get a top pass-catching talent in the draft outside of the Top 5, as Minnesota Vikings wideout Justin Jefferson — one of five finalists for this year’s MVP award — was drafted 22nd overall. Other examples include the Cowboys’ CeeDee Lamb, who was taken 17th, or D.K. Metcalf and Tee Higgins, both of whom were selected in the second round.

As a result of their win over the Bills, Chase, Joe Burrow, and the rest of the Cincinnati Bengals will head to Kansas City to take on the Chiefs in Sunday’s AFC Championship game.