Brandon Marshall Says Everyone In The NFL Should Be Ashamed Of Themselves For Patriots’ Dominance, Insults Ray Lewis 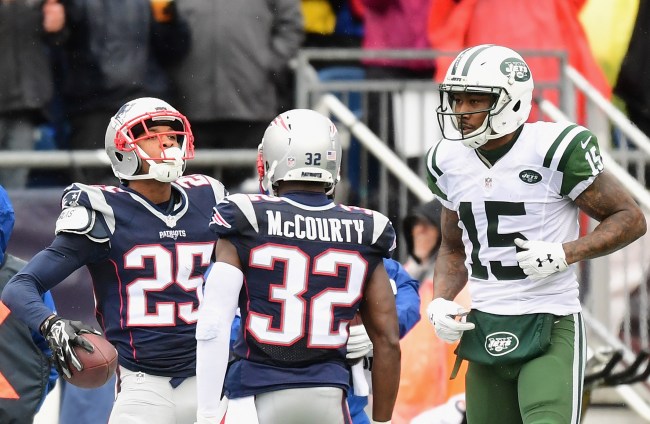 As you can imagine, there aren’t many people outside of New England rooting for the Patriots in Super Bowl LII. Every single state in the United States other than North Dakota would rather root for the Eagles–America’s most despised fanbase–than the Patriots.

Why? Primarily because for much of the last two decades, the Belichick-Brady and the Patriots have obliterated the competitive balance in the NFL. The Patriots have advanced to eight Super Bowls in the Brady-Belichick era, 12 AFC championships (including seven in a row), and played in four of the last seven Super Bowls. It’s not as fun to go paintballing when one of your opponents has a bazooka.

Giants’ wide receiver Brandon Marshall is fed up with the Patriots stomping all over the entire NFL, and says the onus falls in the hands of the other 31 NFL teams. Appearing on “Inside the NFL”, the six-time Pro Bowler and Super Bowl-less Marshall went on a rant for the ages.

ICYMI: Brandon Marshall loses his mind on Inside the NFL about the #Patriots heading back to the Super Bowl. “The league is not competitive. We all should be ashamed.” pic.twitter.com/sQzef2YtYe

He’s right, but for a guy who hasn’t played in one playoff game, calling out Ray Lewis who definitely didn’t kill someone, is a courageous move.