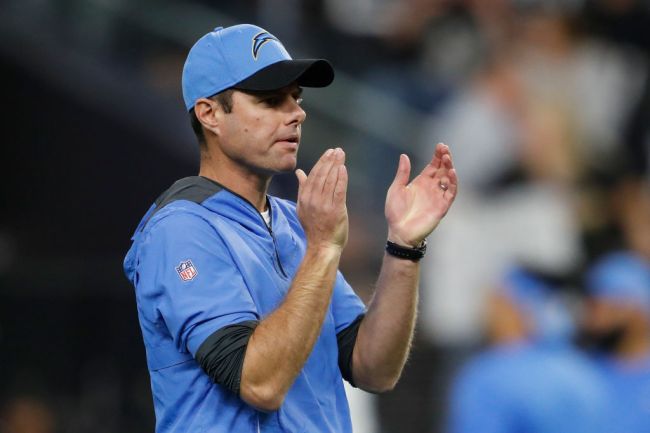 On Sunday night, Los Angeles Chargers head coach Brandon Staley made a handful of decisions that many pundits believe cost his team the game.

Obviously, there’s the overtime timeout that Staley called, which prompted the Las Vegas Raiders to kick a field goal instead of playing for the tie, which would’ve seen both AFC West clubs reach the playoffs. Following the game, both Raiders QB Derek Carr and interim head coach Rich Bisaccia admitted that they were playing for the stalemate and only changed their strategy due to Staley’s bizarre timeout.

There was also a decision to go for it on fourth-and-1 from their own 18-yard-line in the third quarter. The Chargers ultimately failed to convert which gave the Raiders an easy three points, which, of course, was the eventual margin of victory.

Following the game, Staley took to the podium to try and explain his fourth-down decision, saying he was trying to “generate some steam” for the Chargers’ offense:

“I just felt like we, that was going to be a drive starter for us, you know generate some steam for our offense, felt like we would get it, felt like we had a good play call with the duo run and they just knifed in there and made a good play,” Staley said.

Staley also addressed why they handed the ball to Ekeler, who is not a power back, instead of putting the ball in Justin Herbert’s hands:

“I understand the criticism. We felt like we could get the run. We felt like the personnel grouping that they had out there, they weren’t in the goal line defense we felt like we had a plenty good enough play call for that and they took away the advantage look and it just didn’t go down for us tonight,” Staley said. “We had a great stop on defense. Force them to kick three and we went right back out there and had a chance. It was a one possession game. I understand that that decision will be questioned, but in my mindset that’s a yard that we can get.”

With their win over the Los Angeles Chargers, the Las Vegas Raiders locked up the #5 seed in the AFC Playoffs and will travel to Cincinnati to take on the #4 Bengals as a result. In the rest of the AFC, the Tenessee Titans have the only bye week as the #1 seed, while the #6 seed New England Patriots will take on the #3 seed Buffalo Bills, and the #7 seed Pittsburgh Steelers will face the #2 seed Kansas City Chiefs.

Meanwhile, in the NFC, the Aaron Rodgers Green Bay Packers wrapped up the #1 seed and the first-round bye, leaving the #7 seed Philadelphia Eagles to face off against the #2 seed Tampa Bay Bucs, the #6 seed San Fransisco 49ers take on the #3 seed Dallas Cowboys, and the #5 seed Arizona Cardinals to play the #4 seed Los Angeles Rams. The playoffs will begin on Saturday, January 15.