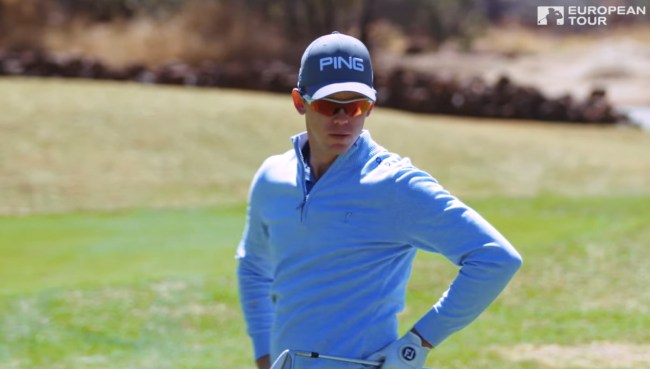 According to the European Tour, the odds of an average golfer making an ace are roughly one in 100,000, while stats suggest a European Tour pro’s chances are closer to one in 2,500. However, if you don’t play regularly, the odds of a hole-in-one are are cut down significantly.*

So while hitting 500 golf balls at the same par three hole over and over and over again seems like it would give you a pretty good chance at a hole-in-one, it’s still not that easy.

Proof of that was clearly seen a year ago when the European Tour asked multiple-time European Tour winner Edoardo Molinari to hit those 500 balls on a 145-yard par three and the struggle… it was very real.

So, a little over a year after Molinari’s futile attempt, the European Tour decided to give someone else a shot at it. This year they enlisted the help of South African pro Brandon Stone who has already hit a hole-in-one six times in his life.

Stone tried to hit his hole-in-one on a little longer par three than Molinari did, teeing off from 184 yards. Did the added distance help in the effort, Brandon? 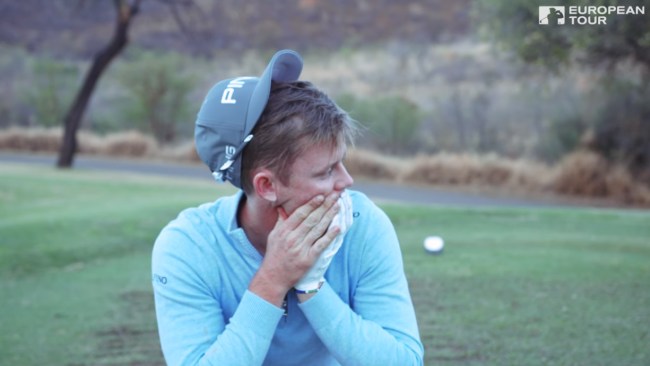 As it turned out, much like with Molinari, if they were scoring based on the number of frustrated curse words uttered Stone would have been a HUGE winner in this hole-in-one challenge. Unfortunately for him, that was not the case.

(*at least in my experience)