Braves’ Organist Mocks Blue Jays’ Reese McGuire, Who Was Arrested For Whacking Off In A Car, By Playing ‘Beat It’ 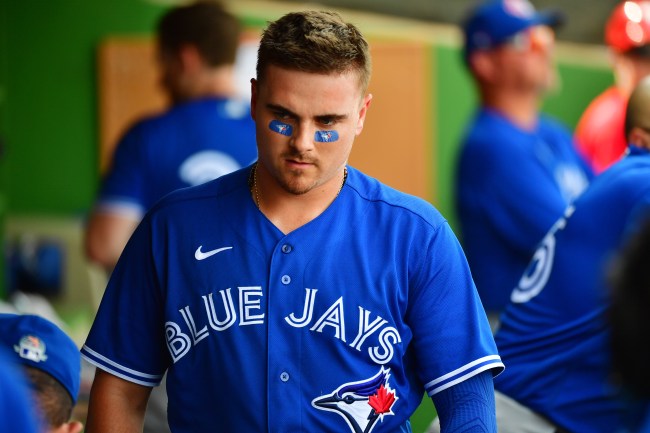 The organist for the Atlanta Braves has a pretty damn good sense of humor.

During Thursday’s Braves-Blue Jays game, the Braves’ organist played Michael Jackson’s “Beat it” as Blue Jays catcher Reese McGuire made his way to the plate.

LMAO the Braves organist just played the song “beat it” while Reese McGuire walked up to the plate. The troll job of the century pic.twitter.com/Sfq1czkLeY

For those of you who don’t understand the reference pic.twitter.com/vHmxsr62S9

McGuire’s arrest had made news again this week when TMZ released his arrest video.

McGuire responded, “I don’t know… I just decided to park.

“I realized that I made a mistake, having my pants down, doing what I was doing,” he added. “I really am apologetic. And I know I shouldn’t have been doing this.”

The Braves might have to give their organist a raise for that troll job.